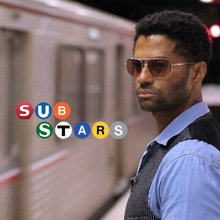 Singer Eric Benet will produce a new reality music competition show called “Sub Stars,” according to an article on Billboard.com.

According to the article, Benet is teaming up with Viardo Artists and Natural 9 Entertainment to produce the show, which reportdly aims to find the best musicians discovered in subway systems of major US cities. Contestants will reportedly take part in performance battles for the chance to win money and a record label deal.

To help fund the show, the producers have launched a Kickstarter campaign with the goal of raising $399,000. As of today, they have raised about $12,000.