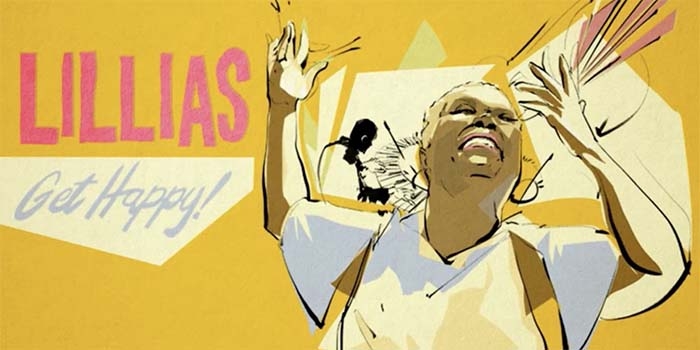 “This new album is a balm. It’s a salve. It’s something that will hopefully get people back on track, to be loving, and to find the sunshine through the rain.”

When you think of flat footed soul belters, Tony Award-winner Lillias White may not come immediately to mind. But since the lady has stood in for Jennifer Holiday, and beat out Patti LaBelle for a role in a movie musical, she should!

I’ll fill you in on those aspects of White’s career in a minute! But right now, I’ve got to tell you about her forthcoming album, Get Happy. The title alone is quite timely, given the trials of tribulations of 2020…and we’re only half-way through the year!

Ironically, White recorded the new album in July of 2019, long before coronavirus hit us and this summer’s civil unrest.

“Something was going on last summer…I can’t remember what it was,” the siren EXCLUSIVELY told me by phone, from her New York home. “My musical director and I agreed that we needed to record some songs that were going to be happy, to lift people up, to make people think — to reminisce about sweet times and sweet people in their lives.”

The album’s title track is the new single, and was written in 1930, when the country was in the grip of The Great Depression. Harold Arlen, who went on to write one of Hollywood’s most famous picker-uppers, “Over The Rainbow,” co-wrote a zippy tune (with Ted Koehler) that would pull anyone out of the doldrums.

In White’s crafty hands, “Get Happy” is a subdued scorcher. She almost sounds as if she’s trying to talk herself into being happy — something most of us have found ourselves doing this year. White promises an entire album that will both thrill longtime fans and introduce her to new sets of ears.

“We’ve covered The Beatles’ ‘Happy Together’ for the new album, we covered a Queen song…we bounced around genres, and we custom made the songs so that they would work for us, in keeping with how we do.”

If you’re not immediately familiar with how White does it, brace yourself. Her mellifluous, multi-octave voice is a wonder, one that elevated the superb soundtrack to Disney’s 1997 animated classic, Hercules.

Read freelance writer MPC’s full feature, and learn about Lillias White standing in for Jennifer Holliday in Dreamgirls, and out-singing Patti LaBelle for a role in a movie musical!