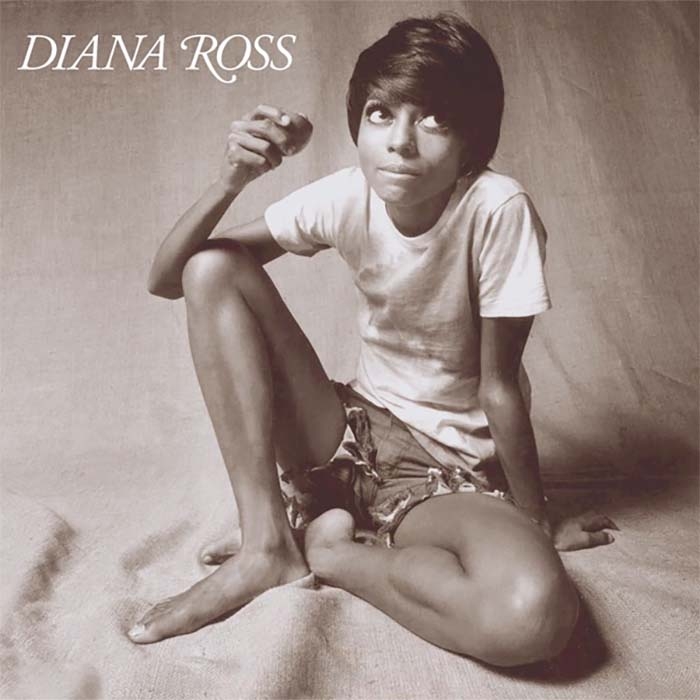 Do you want a perfect example of “outside of the box” thinking? How about photographing fashion icon Diana Ross, for her solo debut album, sans the glitz and glamour for which she had become known during her decade-long, record-breaking stint fronting The Supremes?

Fifty years later, the resulting album cover is the stuff of legend. But in early 1970, renowned photographer Harry Langdon took a huge risk when he shot Ross in her own ill-fitting, cut off shorts and a weathered t-shirt, sitting on the floor of his studio.

The now iconic shot that Motown ultimately went with strongly suggested that the apple in Ross’ diminutive hand may have been her day’s only meal.

In hindsight, it was a brilliant move. No other solo debut in music history has announced an artist’s next chapter more effectively than Ross’ eponymous solo debut. Clearly, it was a new day for Diana Ross!

During our EXCLUSIVE conversation, Langdon jokingly said that The Boss looked more like a famine victim than an emerging diva.

“We’re really going back in time,” Langdon, 85 recalled by phone, from his home in Denver. “We must have shot two or three hundred pictures at that shooting, black & white and color, on that particular day. I don’t know how many gowns we had to have gone through shooting her.”

“After I’d seen so much glamour stuff…I had a hunch that we should try to get her into blue jeans or something.”

“It was serendipitous, like an act of God,” Langdon continued. “Diana put on those cut offs, and they weren’t very flattering, they were sort of baggy. She had on a t-shirt, and she’d grabbed an apple out of the refrigerator I had there in the studio. I had just acquired a monstrous canvas background, and I told her to sit down in front of it.”

“We were taking a lot of chances. I was always pushing the envelope when I was doing my shots. As a fashion photographer, you’re always trying to do edgy stuff, to do something that will beat out the competition. So I thought that would be really novel on her.”

Read MPC’s full feature, including more from Langdon — he gives us his take on Ross’ “diva” reputation!