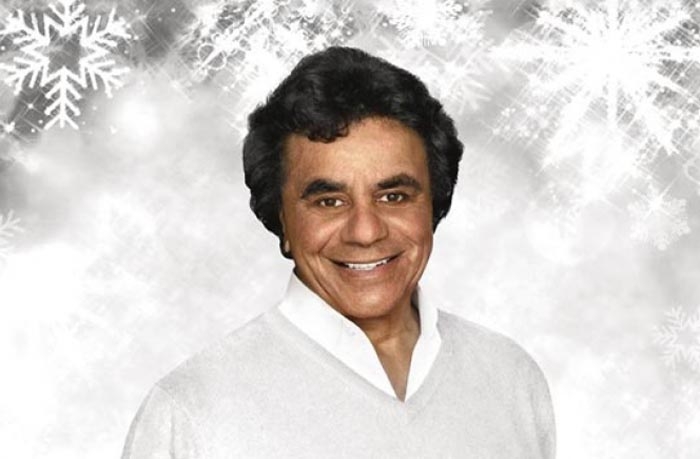 If you’re blessed to be in the audience for one of Johnny Mathis’ upcoming Christmas shows, you’re in for a treat. In addition to his timeless take on holiday music, and a few of his romantic hits, he is sure to impart a few memories of Christmases gone by.

“Christmas, for someone like myself, is very prevalent,” Mathis EXCLUSIVELY told me by phone, just before a round of golf and as he prepared for his upcoming holiday shows in Stockton and San Jose on December 12 and 14, respectively.

“My mom and dad always made Christmas very special for us,” the 84 year old legend continued. “At this point in my life because [they] are long gone, Christmas brings back so many wonderful memories.”

“My parents were so instrumental in my singing career. From the time I was 12 or 13 years old, my dad touted me to the neighborhood. He called everybody and said ‘My son sings. How would you like to hear him?’”

“And the next thing I knew, he had talked a record producer into listening to me, and that was it!”

That, indeed, was it. Mathis would ultimately sign a recording contract and would go on to sell millions of records, enchanting hearts around the world. His beloved recordings include the 1958 classic Merry Christmas and 2013’s Grammy-nominated Sending You A Little Christmas, which features the poignant “Count Your Blessings” and a title track that makes me tear up every time.

Hopefully, Mathis will perform “Sending You A Little Christmas” in Stockton and San Jose, He may also perform his new version of “White Christmas,” featured on Dionne Warwick’s new duet album, “The Voices Of Christmas.”

Mathis once told me that he doesn’t settle on a final set list for a show until just hours before he takes the stage.

Because when you’re Johnny Mathis — when you’re that good — you don’t need much time to prepare for a show…and you’ve been rehearsing for it for your entire life.

At press time, there were a few seats left for Mathis’ yuletide shows in Stockton and San Jose. Get to one of those shows if you can. His mom and dad would want you to check their boy out.

In case you haven’t heard, Mathis’ dad said his son can sing.