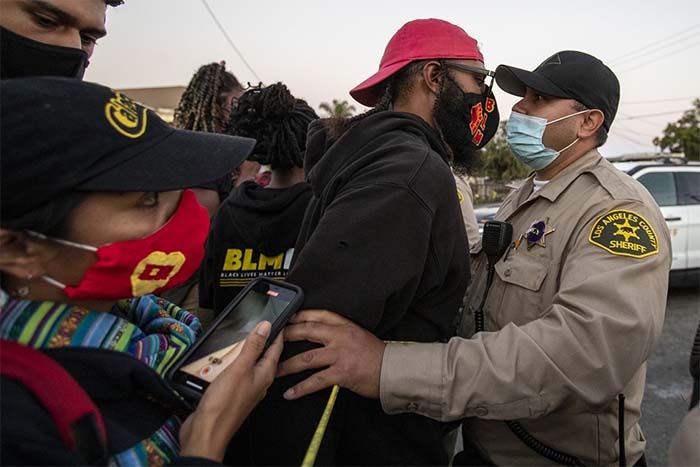 Family members and activists on Tuesday demanded that the Los Angeles County Sheriff’s Department release the names of the deputies who shot and killed a Black man in the South Los Angeles neighborhood of Westmont the day before.

Monday’s shooting death of Dijon Kizzee, 29, has elicited fresh waves of outcry and outrage, and renewed calls for law enforcement transparency and that those involved be arrested and prosecuted.

For the full story, visit LATimes.com/California.