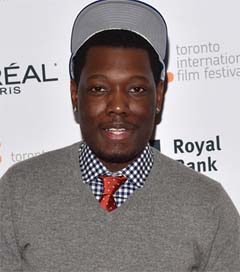 Actress and comedian Cecily Strong is currently a cast member on NBC’s popular late-night live television show Saturday Night Live. She came on in 2012 as a co-anchor on the “Weekend Update” with Seth Myers, but now she is being replaced.
Myers was replaced in March by one of SNL’s writers, Colin Jost, and now, after only a year of co-hosting the sketch, another SNL writer, Michael Che, is replacing Strong.
Aside from being a writer on SNL, Che is a correspondent on The Daily Show with Jon Stewart and an American stand-up comedian. Rolling Stone named him one of “The 50 Funniest People”, and Variety called him one of “10 Comics to Watch”.
Read the complete article at The Real Network.net.