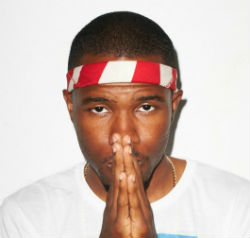 R&B musician Frank Ocean has been named “Webby Person of the Year” for the 17th Annual Webby Awards.

Ocean is reportedly being honored for proving the power of the Web as a medium for cultural change when he published his letter “thank you’s” to his Tumblr.

Other winners of this year’s Webby Awards include Obama for America 2012 for “Webby Breakout of the Year,” and Chris Kluwe for “Webby Athlete of the Year.”

The awards ceremony will take place 9am ET on May 22, 2013, and will be available to view on-demand in HD at watch.webbyawards.com.

Hailed as the “Internet’s highest honor,” The Webby Awards are the leading international award honoring excellence on the Internet, including websites, interactive advertising and media, online film and video, mobile and apps, and social media. Established in 1996, the awards are presented by the International Academy of Digital Arts and Sciences (IDADAS).