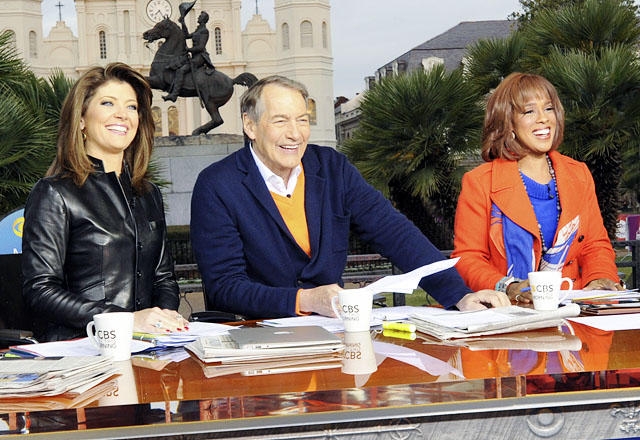 “On Halloween you know who we were?  He was Charlie Rose, she was Norah O’Donnell, and I was Gayle King. And we had a great time that day,” said the co-anchor of “CBS This Morning” during a panel for their show at the recent Television Critics Association Winter Press Tour .

The perennial third place finisher after NBC’s “Today” and ABC’s “Good Morning America” is steadily gaining ground on the competition, and King says it’s because their program staked its claim early as a more news-driven alternative.