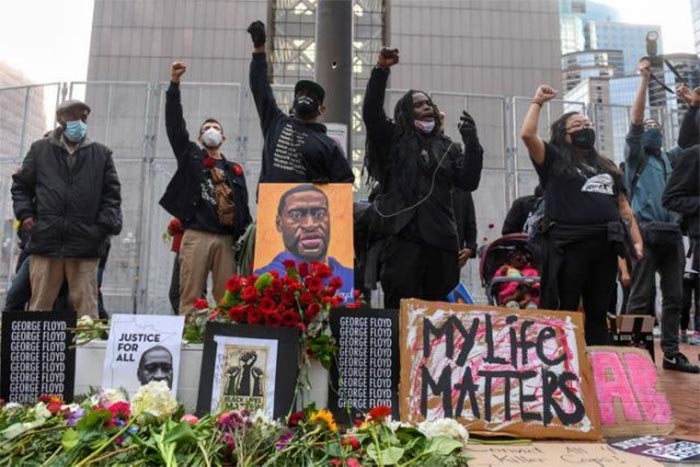 The city of Minneapolis on Friday agreed to pay $27 million to settle a lawsuit by the family of George Floyd over his death in police custody, a case that stirred national protests over racial injustice and police brutality.

Floyd, a 46-year-old Black man, died in May as Derek Chauvin, a white Minneapolis police officer, kneeled on his neck for nearly nine minutes. Floyd’s dying pleas for help were captured on widely viewed bystander video, sparking one of the largest protest movements ever seen in the United States.

Benjamin Crump, an attorney for the Floyd family, said the agreement was the largest pre-trial settlement of a wrongful death lawsuit in U.S. history.

The size signifies that a Black person’s death at the hands of police “will no longer be written off as trivial, unimportant or unworthy of consequences,” Crump said at a news conference where he was joined by Floyd’s relatives, Minneapolis Mayor Jacob Frey and other officials.

Read the full story at Reuters | US News.