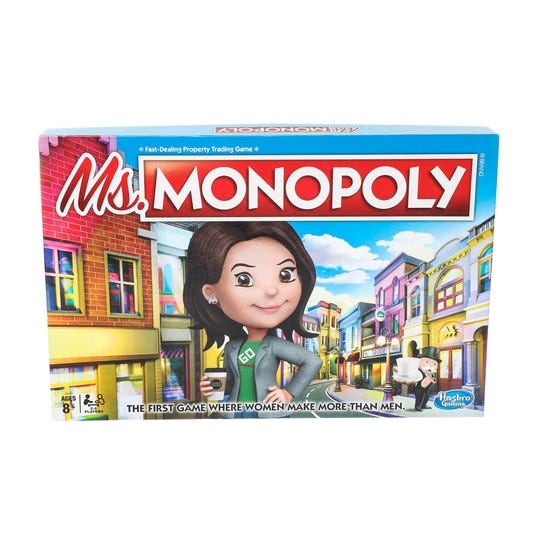 Addressing the gender pay gap comes down to changing the rules of the game.

That’s exactly what Ms. Monopoly brings to the table.

Hasbro is launching a new version of the iconic board game that celebrates female trailblazers and is the first “where women make more than men,” officials shared exclusively with USA TODAY.

The new game – which includes several modern updates including ride shares instead of railroads and Wi-Fi instead of water works – goes on sale this month at major national retailers for a suggested price of $19.99. The game is available for preorder at Walmart.com.

Jen Boswinkel, senior director of global brand strategy and marketing for Hasbro Gaming, said the game is designed for today’s kids and highlights a subject they may not know about yet.

“With all of the things surrounding female empowerment, it felt right to bring this to Monopoly in a fresh new way,” Boswinkel said. “It’s giving the topic some relevancy to everyone playing it that everybody gets a turn, and this time women get an advantage at the start.”