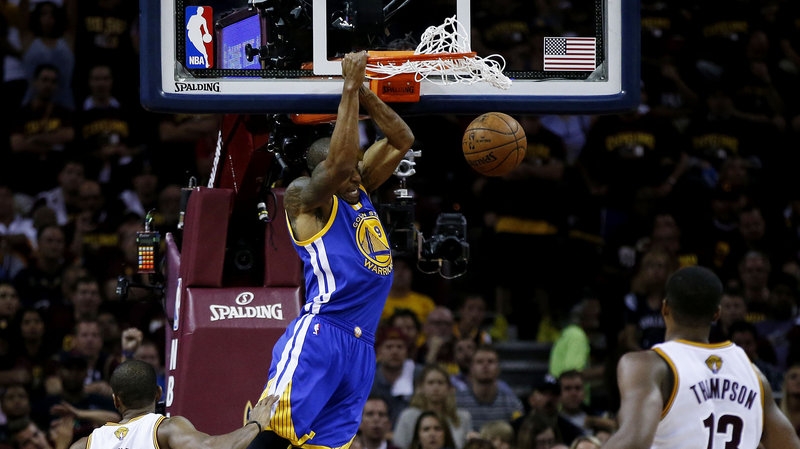 The Cleveland Cavaliers changed tactics again, attacking small-ball Golden State Warriors lineups with size, but got the same result in Game 6 of the NBA Finals as in the previous two games: Within two points at the half, they wore down as the game went on, and lost 105-97.

Forward Andre Iguodala had 25 points for the Warriors, while guard Stephen Curry added 25 points and eight assists. Draymond Green, giving up six inches and 20 pounds against the Cavaliers Timofey Mozgov while playing out of position at center, had a triple-double, with 16 points, 11 rebounds and 10 assists.

Losing starting point guard Kyrie Irving in Game 1 left the Cavaliers with virtually no depth, and while they gutted out wins in the next two games with physical defense and an all-LeBron offense, the workload just wasn’t sustainable. Matthew Dellavedova, the emergency Irving replacement whose energetic play in the two Cavaliers wins took the Warriors by surprise, scored one point in 25 minutes on the floor.

For the complete story, visit NPR.com/TheTwoWay.