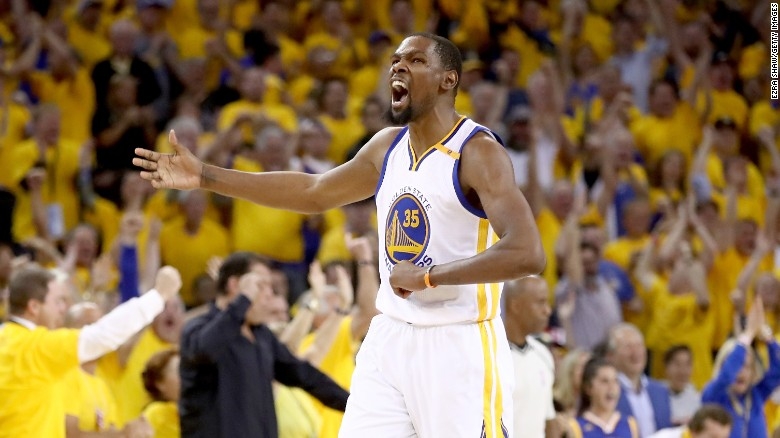 Kevin Durant #35 of the Golden State Warriors reacts after a basket by Stephen Curry #30 in Game 5 of the 2017 NBA Finals at ORACLE Arena on June 12, 2017 in Oakland, California.

Mission accomplished.
The Warriors have defeated the Cleveland Cavaliers 129-120 in Game 5 of the NBA Finals, clinching their second title in three years and their fifth in team history.
For the complete story, visit CNN.com/Sports/NBA.