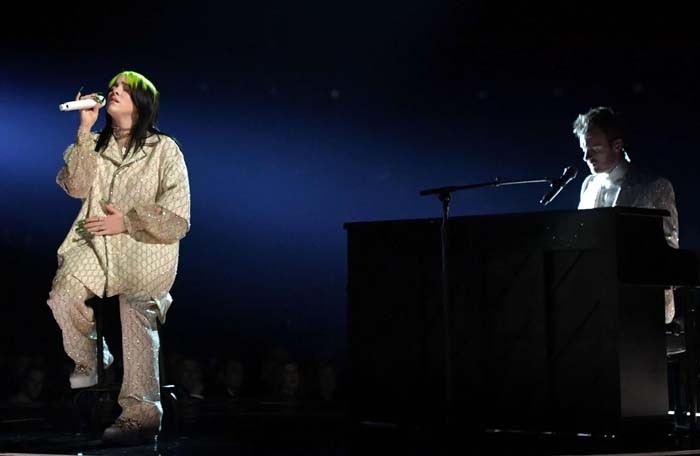 In a moment, something can happen that wipes away the he-said, she-said in the kind of perspective adjustment no one sees coming. Kobe Bryant’s death – along with his teenage daughter and seven others – by helicopter crash this morning cast a pall over the Grammy Awards that reminded everyone: now is all you have, be your best, rise up, work in love.

On the heels of a week where voting members were barraged with email after email from the Academy clarifying, justifying or just trying to distract from the outsized reaction to allegations, the one thing getting lost was the music and artists being honored.

But from the moment Lizzo took the Staples Center stage in full figure black sequin Diana Ross glam that morphed into a SciFi neon brothel corset for “Because I Love You” and “Truth Hurts,” music proved to be bigger than potential corruption, shock or the business-is-bigger-than-art momentum that often consumes the industry

Taking Best Pop Vocal Performance, the night’s first award, the clearly stunned woman, who’d already won for Best Traditional R&B Performance for “Jerome,” spoke of attitude adjustment as she waved away tears in her eyes. Then she got down to the verge, “This is the beginning of making music that feels fucking good, that liberates people.

”That notion of why music matters was omnipresent. Alicia Keys did a yeoman’s job addressing the loss of Bryant, asking for a moment of silence “in the House [Staples Center] That Kobe Built.” She then leaned into an acapella “It’s So Hard To Say Good Bye,” joined by Boyz II Men. In a matter of hours, the unflappable musician turned paralyzing sorrow into seeds of healing that resounded throughout the night.

Whether the Nipsey Hussle tribute of “Higher,” anchored by DJ Khaled with John Legend, Meek Mill, Kirk Franklin, Roddy Ricch and YG, that would win Best Rap/Sung Performance, as well as Hussle taking “Racks In The Middle” for Best Rap Performance, the Grammys honored his life, loyalty to family/community and love of music.

For the full story, visit PollStar.com.