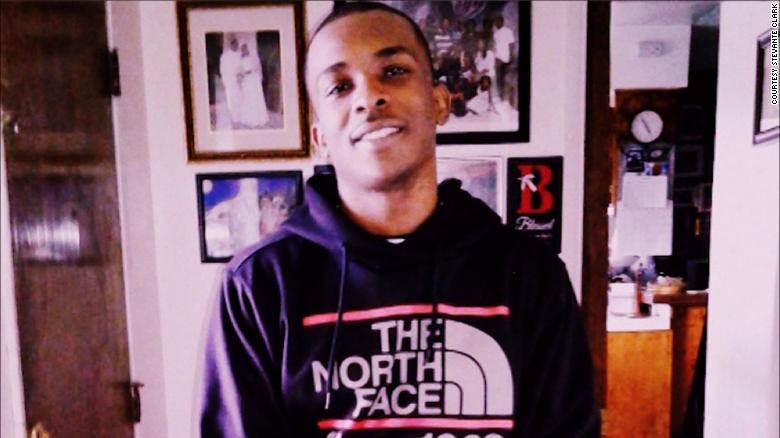 Sacramento police released videos Wednesday of the fatal shooting of an unarmed black man they believed had a gun.

Stephon Alonzo Clark, 22, was shot Sunday as police said they were responding to a call about a suspect who had broken into several car windows and was hiding in a backyard.

The Sacramento Police Department said the man, who was black, was seen breaking into at least three vehicles and later into a neighbor’s home. The break-ins were first reported by a 911 call also released by the police.

Body camera footage from two officers who fired 20 shots at the man includes audio of them asking the man to show his hands, then shouting “gun, gun, gun” before beginning to fire.

Neither the body camera videos nor the helicopter video clearly depict what the man was doing in the moments before the police fired.

The man turned out to be holding a cellphone, and no gun was found.