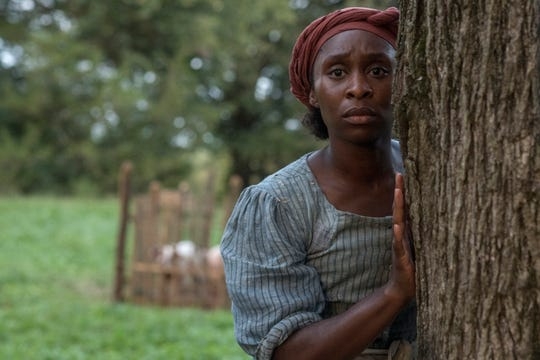 In the new film “Harriet,” in theaters Friday, expect a young, fiery depiction of the American icon, who escaped slavery only to return to the South repeatedly as a conductor known as “Moses” on the Underground Railroad.

In “Harriet,” the American heroine who helped roughly 70 slaves reach freedom through a network of safe houses is portrayed by stage actress Cynthia Erivo, who earned a 2016 Tony for her performance as Celie in Broadway’s “The Color Purple.” (Fun fact: Erivo is around 5-foot-1, just an inch taller than Tubman was.)

With thrillerlike pacing and daring plantation runs, the film charts Tubman’s evolution from an illiterate slave to an abolitionist and Union spy during the Civil War.

“She was incredibly brave, and fast and strong. She had the makings of a real-life superhero, which she was,” “Harriet” director Kasi Lemmons says.

So how much of the historical drama is accurate? We checked in with Lemmons and historian Kate Clifford Larson, who consulted on “Harriet.”