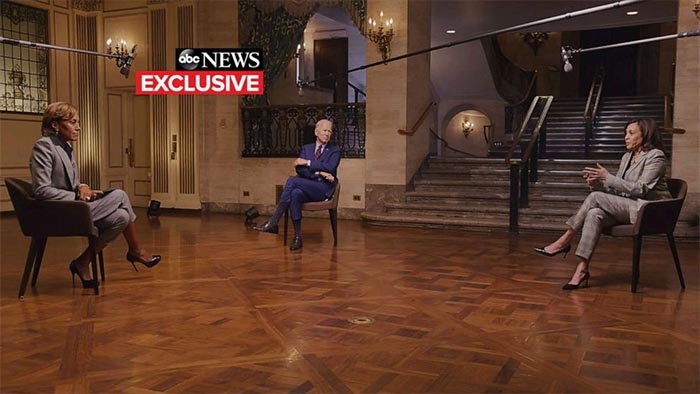 “Good Morning America” co-anchor Robin Roberts asked Harris about her 2009 book “Smart on Crime,” which called for more police on the streets.

“Do you still feel that way?” Roberts said.

Harris didn’t directly answer the question; instead, she spoke about the significance of the Black Lives Matter movement.

“When I wrote that book, we– Black Lives Matter did not exist,” Harris said. “And I give full credit to the brilliance of that movement in terms of what it has done to advance a conversation that needed to happen, a long time ago, but did not capture the ears or the hearts of the American people. What Black Lives Matter has done as a movement has been to be a counterforce against a very entrenched status quo around the criminal justice system in America.”