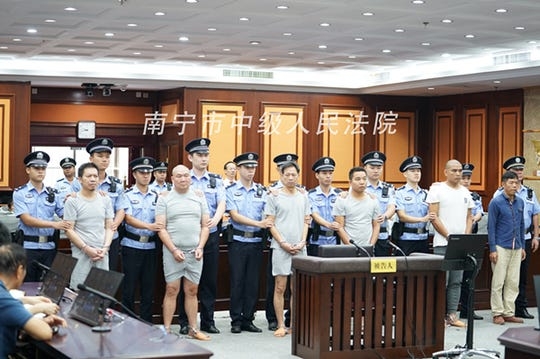 Chinese officials charged six men — including five hitmen — with “intentional homicide” last Thursday, after all individuals attempted to subcontract the killing to another hitman.

All five hitmen were sentenced to between two to four years in prison in a court in the Guangxi region, while the developer who requested the hit, was sentenced to five years.

The intricate, would-be job was first contracted by real estate developer Tan Youhui in October 2013, who, according to CNN, wanted to kill a rival developer who sued his company over a dispute over a development.