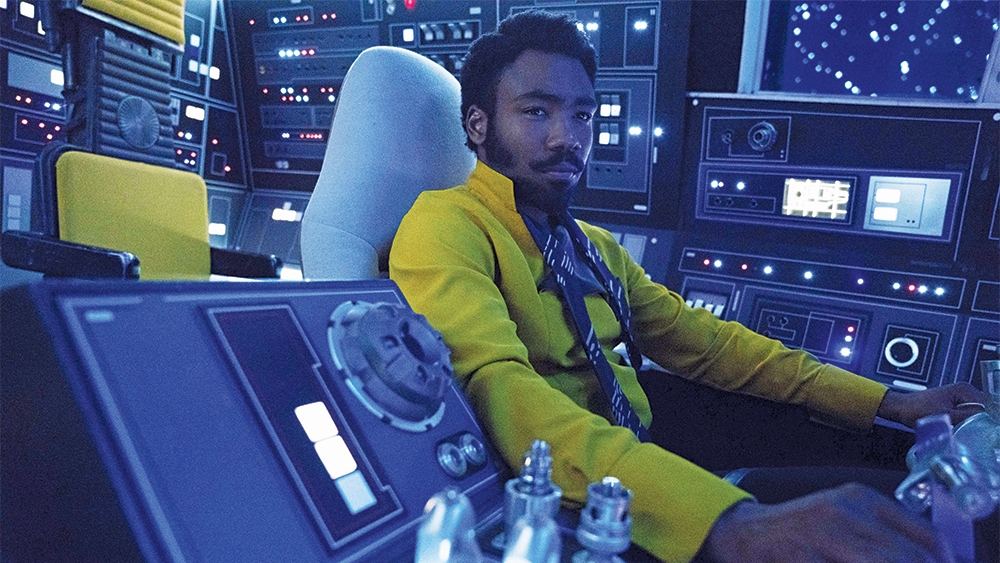 Donald Glover’s Lando, the role he inherited from Billy Dee Williams, has outshone and outswaggered his frenemy Han Solo (Alden Ehrenreich) — whose name is in the title — at every turn.

The signs of his force are everywhere, with the Fandango FanShop reporting that Lando merchandise is moving at twice the pace of Han merchandise ahead of the movie arriving in theaters Thursday night. At the world premiere of Solo in Hollywood, the undisputed biggest cheer of the night came 45 minutes into the movie when Calrissian first appeared.

“The movie is called Solo, but people have really focused on Lando since the first trailer dropped,” says Shawn Edwards, co-founder of the African American Film Critics Association. “Lando is the man!”