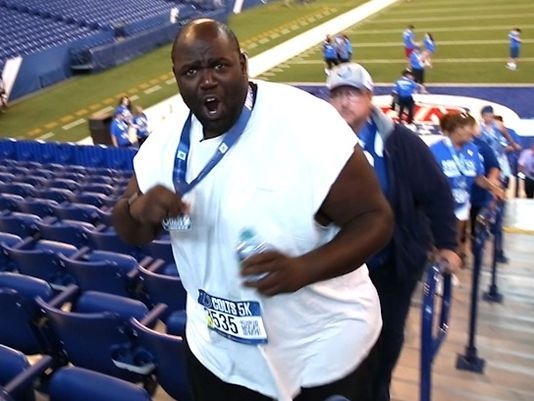 Brock Easley used to spend hours watching reality TV shows My 600-lb Life and Fat, Sick & Nearly Dead. He saw himself in the people on the screen.

At his heaviest, Easley weighed more than 700 pounds. He couldn’t work, couldn’t drive; his life was basically confined to a bedroom in his mother’s home.

“I ate and ate, and it nearly killed me.”

“Food was my antidepressant.”

Now 33, Easley has been on a grueling journey to a new life for nearly five years. He started slowly, working with a personal trainer hired by his mother. He never considered gastric bypass surgery, instead trying multiple weight-loss programs, including Slim Fast and Weight Watchers. He had some success, dropping 200 pounds in about two years.

For the full story, visit USAToday.com/News/Nation-Now.