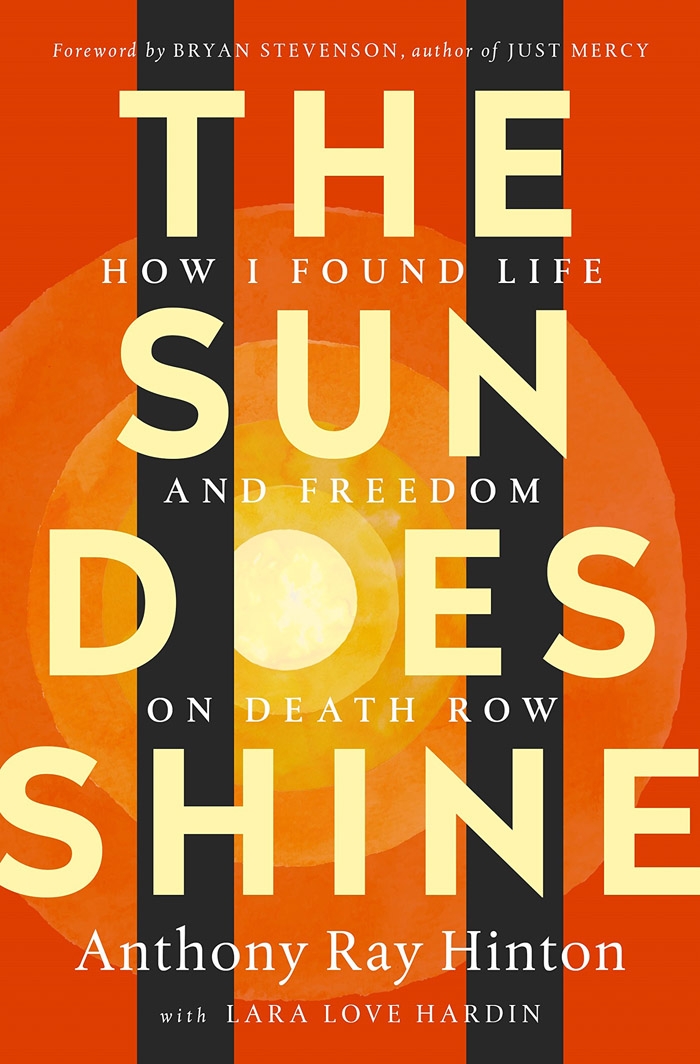 Anyone who has ever been followed around a store while shopping, or pulled over by a police officer for no apparent reason, or read about Stephon Clark will “get” Anthony Ray Hinton’s new memoir, The Sun Does Shine.  It’s the harrowing account of a man who was accused and convicted of two murders he did not commit.  Hinton was sentenced to death, and spent 27 years waiting to be executed in the state of Alabama.

I was raised in an “eye for an eye, tooth for a tooth” household. The only cheek my mother ever turned was her ass to you with an invitation to kiss it.  So capital punishment was an institution that I grew up supporting, without the knowledge of a criminal justice system that overwhelmingly convicts men of color and issues harsher sentences for them.  It is estimated that one in ten people on death row in the United States are innocent of the crimes for which they were sentenced.  One of those inmates was Hinton, despite a rock solid set of alibis and irrefutable evidence that was contrary to the charges against him.

Most of The Sun Does Shine is akin to a great suspense novel, as Hinton displays a gift for prose that is surprising for a man in his late 50s who was educated in the deep south and spent almost 30 years on death row.  Hinton also displays a phenomenal sense of humor and an almost unbelievable sense of optimism, both of which undoubtedly served him well in his quest for emotional survival in the face of seemingly impossible odds.

And like the best of novels, this memoir includes a cast of villains: the police officers, prosecutors, and others who were complicit in sending Hinton to prison and keeping him there for almost three decades.  There are also a couple of heroes in the book, but surprisingly, Hinton is not one of them.

That’s not to say that Hinton’s not a sympathetic “character.”  He’d have to be in his own memoir, right?  But attorney Bryan Stevenson of the Equal Justice Initiative displayed dogged determination in seeking justice for him.  And everyone needs a friend like Lester Bailey, the childhood buddy of Hinton’s who never missed a visit with his pal in all of the years Hinton was locked up.

As an African American man who has been accused of things I didn’t do, The Sun Does Shine wasn’t the easiest of books to read.  The enormity of Hinton’s plight got the best of me in the middle of the book.  Also, Hinton’s penchant for printing the actual legal correspondence in support of and in opposition of his case grew a little tiring.  And the memoir suffers from the reader’s knowledge of how it all turns out, removing some of the dramatic tension I look for in a great page-turner.

That said, when Hinton gets the word that he’s finally free, and he steps into the light — figuratively and literally — for the first time in 27 years, the reader has taken the emotional journey with him.  The payoff was almost as sweet for me as it was for him.  Almost.

Overall, The Sun Does Shine is a incredible read that shines a light on a corrupt, broken criminal justice system.  I told you earlier that I used to be a capital punishment advocate.  If I hadn’t already been “woke,” Anthony Ray Hinton brilliant new memoir would have changed my mind.

The Sun Does Shine is available at retail, on Amazon, and at all major digital outlets.

Connect with freelancer Michael P Coleman and Coleman Communications at michaelpcoleman.com, or follow him on Twitter:  @ColemanMichaelP.