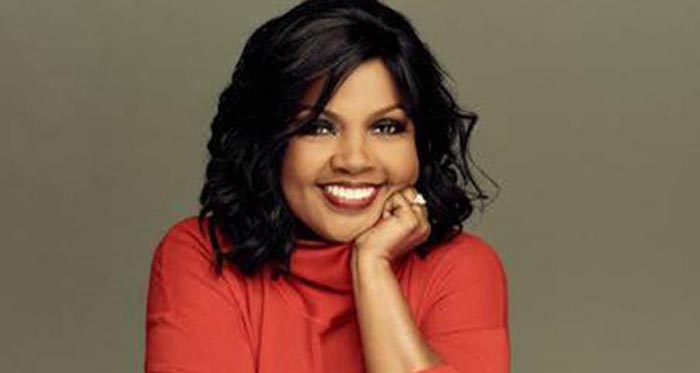 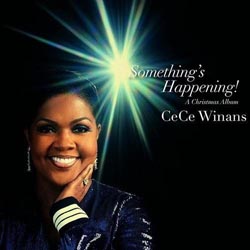 Before you listen to CeCe Winans’ new Something’s Happening! A Christmas Album, make sure you’re ready to start celebrating the yuletide season.  Holly, mistletoe, peppermint mochas…all of it!  After a single listen, Winans had me rummaging through boxes in my garage, looking for strings of lights. I almost put the Christmas tree up.

Something’s Happening! A Christmas Album features the stirring, world-renowned voice that has uplifted Winans’ fans for over three decades.  As this is the legend’s fourth Christmas album, I had to ask her why she wanted to record another holiday project.

“I wanted to do one that was just fun — and with an orchestra,” Winans EXCLUSIVELY told me by phone.  “I wanted to create something that everyone would want to be a part of their Christmas every year.”

“The traditional ones are such great songs, and they’re so powerful, so it’s important to do the right arrangements,” Winans said.  “You want to respect them for what they are, even as you try to freshen them up and put a new spin on them.”

Another potent inclusion on Something’s Happening! A Christmas Album is “Feliz Navidad” — with a dose of “Oh, Holy Night” tossed in for good measure. After hearing it, fans will be shocked to hear that Winans doesn’t speak a word of Spanish!

“I was very nervous because I’d never recorded anything even halfway in Spanish,” Winans laughed.  “So when Alvin slowed it up, I was mad at him!  He insisted that I get the pronunciation right, and once we got through it, I was glad we included it. I love Feliz Navidad!’

As rousing as those traditional carols are, Something’s Happening! A Christmas Album also includes five stirring original songs.  All written by Winans’ son Alvin (who also produced the album), the title track, “This World Will Never Be The Same,” “Giving Season,” “The Grace Of The Father,” and “It’s Christmas” should all become classics.  Winans and Love have achieved the next-to-impossible: they’ve released Christmas songs that stand up to the classics.

“It’s Christmas,” with its classic Motown feel, is the one that almost had me decorating for Christmas…in October.  It is the most infectious new holiday song I’ve heard in 25 years.

Winans couldn’t be more proud of “It’s Christmas” and all of her son’s holiday originals.

“We had too much fun recording ‘It’s Christmas” and all of those original songs,” Winans enthused.  “I like pushing the envelope a little bit. I just wanted the album to be fresh, and draw us back to the real meaning of Christmas.”

CeCe Winans’ Something’s Happening! A Christmas Album is due October 19 online and at Target, Barnes & Noble, and can be purchased online at https://ffm.to/somethingshappening.   Information on Winans is at cecewinans.com