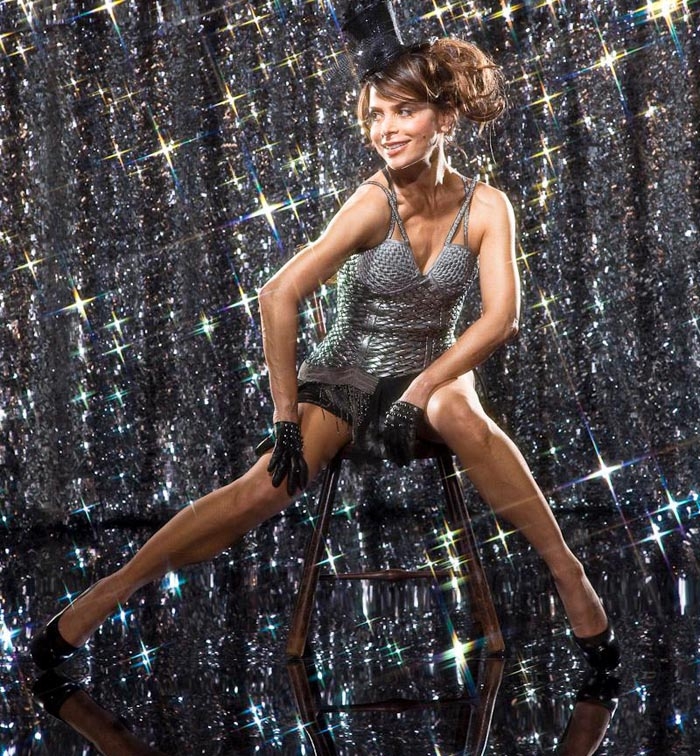 On her 2009 hit “I’m Just Here For the Music,” Grammy-winner Paula Abdul purred “I didn’t mean to turn you on.”

If that’s true, I hope I’m around when she decides to really give it a go.

And then there was “Opposites Attract,” with a video that revealed my capacity to be envious — mad with jealousy, to be totally honest — of an animated cat.  Paula Abdul was fine, and that zoot-suited pussycat had his paws all over her.

After a series of hit records, landmark videos, and sold-out concert tours, a spinal injury sidelined the singer / dancer / choreographer’s music career for the better part of twenty years.  Today, the 56-year-old Abdul is back, sounding, dancing, and looking better than ever and headlining a nationwide solo tour:  Straight Up Paula! Before her November 6 show at the Gallo Center in Modesto, Abdul gave me the EXCLUSIVE scoop on what fans can expect during the tour, how she made it back to the stage, and what’s keeping her strutting her formidable stuff.

“First and foremost, fans are going to get the hits,” Abdul declares, with all of the confidence of a diva phoenix.  “They will be able to sing and dance along, and they’ll also hear some storytelling from my career and my life.”

“I’m doing this, simply, because I wanted to do it while I still can. For a long period of time, I wasn’t able to get out there and perform, having had over 15 spinal surgeries.  Last summer, I toured with Boyz II Men and New Kids On The Block.  It was a wonderful experience, and it sparked my interest to tour again.”

Abdul insists that her injury and rehabilitation were excruciating (“It was worse than I could ever explain,” she recalls), but says the tenacity and determination that have always been hallmarks of her career spurred her to overcome her challenges and get back on stage — for her fans.

“I’m a surviver, but I also consider myself a thriver,” Abdul explains.  “It’s one thing to be a survivor, but it’s another thing to turn that survivor mentality and those skills into thriving. For me, it’s always been about aligning myself with my heart, and with people, projects, and experiences that nurture me and inspire me to be a better human being.”

“A lot of people want to run away from anything that is uncomfortable, whether it’s emotional, mental, or physical,” Abdul says.  “But when you just learn to be quiet in those moments, and lean into it, it’s not as bad as fighting it all the time.  I had to learn to be comfortable in the most uncomfortable of situations, in all areas of my life.  You have to surround yourself with people who believe in you and share the same character traits, and who challenge you to step out of your comfort zone and go for it.”

If Abdul hadn’t made it as a recording artist and performer, she would have made a hell of a motivational speaker.

But if that had happened, she wouldn’t have been hired by Janet Jackson to help her step out of her brother Michael’s shadow, as she was in 1986, two years before her own solo debut.  Abdul singlehandedly coached and choreographed Jackson’s first four groundbreaking videos for her landmark Control album.  Without Abdul’s guidance, the world may have never seen or experienced what Janet brought to the musical table.

“I’m ‘old school’ in the sense that whatever artist I’m working with, whether it be Janet or anyone else, I want to create their moment, to pull out the best that that artist can do,” Abdul explains. “I always encourage choreographers to start with the artist, first.  Build a great rapport with the artist, create some signature steps for them, and then create dance choreography around that.”

While Abdul’s managed and overcame her physical challenges, a new generation of fans got to know her as a judge on Fox’s juggernaut American Idol.  I told Abdul that she and Simon Cowell were one of the funniest TV couples to come along since Lucy and Ricky.

“Fox caught lightning in a bottle,” Abdul laughs.  “It was the perfect storm, the perfect combination!  I’m really proud that I was at the forefront of reality TV competition shows.  At one point, there were more than 35 million people watching every week.  American Idol changed the trajectory of everyone’s life, including mine, and I don’t know when — or if — something like that will ever happen again.”

Abdul had to get back to rehearsals for her current tour, but before she had to go, she had a word for fans who’ve supported and loved her for all of these years, and who are looking forward to the new tour.

“It’s lovely to see that I still resonate with people,” Abdul earnestly shares. “I’m grateful that there’s an audience that cares about me, and I hope to be able to continue to do things that make me feel good and, in turn, inspire others.  I’m just grateful for the opportunity — I feel very fortunate, and I’m going to do it while I still can.”

Click here for tickets to see Paula Abdul at the Gallo Center for the Arts in Modesto.