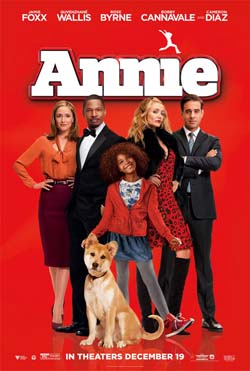 In the spirit of full and total disclosure, I might not be the best qualified person to review Hollywood’s new version of Annie.  The original 1920’s comic strip was just a tad before my time, and I could never sit through any of the celluloid or stage adaptations of the story.

After reading about Will and Jada Pinkett Smith optioning the story a couple of years ago as a potential vehicle for their daughter Willow, and Willow subsequently tuning the role down, I was intrigued, especially after learning the Smiths stayed on as executive producers. I wanted to see how this Annie turned out.

I’m glad I did.  Annie is an absolute charmer, a fresh updating of the 1977 Broadway musical.  I’d heard of Quvenzhané Wallis’ talent (she earned a Best Actress Oscar nomination for Beasts Of The Southern Wild), but I wasn’t prepared to fall so completely in love with her.  By the film’s end, I’d have adopted Annie myself.

The film’s co-stars Jamie Foxx and Cameron Diaz are almost equally likable in their portrayals of Mr. Stacks (the updated Daddy Warbucks) and the boozy Miss Hannigan.  Diaz delivered a few laugh-out-loud lines, and Foxx’s singing was passable.  Bobby Cannavale also is effective in a supporting role as Stacks’ advisor.  Stack’s assistant Grace is given life by Rose Byrne, and she shares a chemistry with Foxx that is fun to watch.

Annie features cameos by Rihanna, Michael J. Foxx, Ashton Kutcher, and Bobby Moynihan, a hysterical “movie-in-a-movie” Twilight franchise parody called Moon Quake Lake, a self-deprecating send-up of the musical genre, and a funny recurring verbal and visual reference to a popular 80s band.  Look for a quick site gag that’s a throwback to the original Daddy Warbucks character, and listen for Wallis’ scene-stealing line in reference to it.  Also, get in your seats early, as the movie’s opening sequence features a joke that’s not to be missed, especially if you’re a fan of an earlier Annie incarnation.

The score’s a toe-tapper, and Wallis has a more than capable vocal range that allowed her to handle the film’s sometimes challenging score with aplomb.  She also has an undeniable presence on screen.  Without giving too much away, it’s easy to see how a few characters warmed up to Annie over the course of the film. When things take a turn for the worse, and Annie belts out “Tomorrow”, your spirits will be lifted right along with hers.

Take your family to see Annie, and watch Wallis’ star being born.  Bet your bottom dollar we’ll be seeing more of her.

Annie (PG) is in theaters now.

The soundtrack to Annie is at retail and on iTunes.  This week, the film’s “It’s A Hard Knock Life” is available as a free download via cards available at Starbucks nationwide.

Michael P. Coleman is a Sacramento-based freelance writer. Connect with him at michaelpcoleman.com, via email at mikelsmindseye@me.com, or via Twitter: @ColemanMichaelP 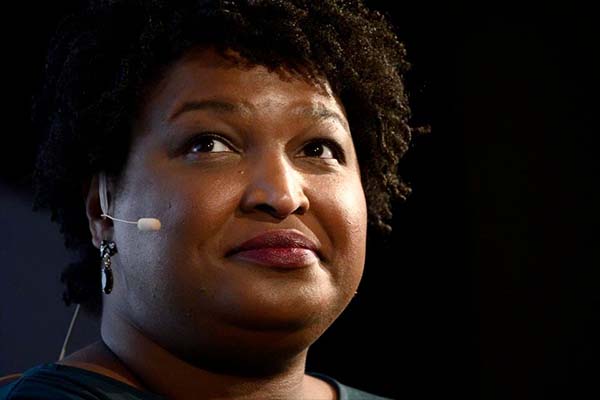