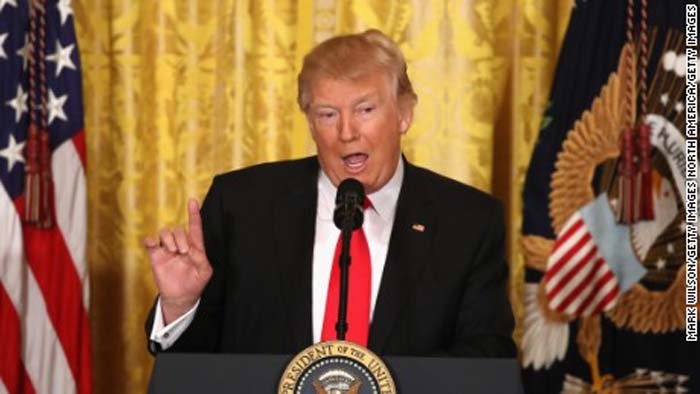 I’ve been doing a reasonably good job of staying away from the news over the weekend.  For my emotional and spiritual health, I turn the omnipresent iPhone news alerts off and lean away from social media, while focusing on friends and family as much as I can on weekends.

So when I turned the news back on Monday morning, I got hit between the eyes with the reports of Saturday’s terrorist attack in Charlottesville. And yesterday,  I watched an event that was more circus than press conference, during which the President of the United States, Donald Trump, compared our country’s founding fathers to the Confederacy.

In case you haven’t heard, President Trump went on to lay equal blame for the attack with both the Alt Right movement and the event’s counter protestors, whom he labeled the “Alt Left.”

That’s the first time I’ve referred to Donald Trump as President.  I was one of the ones who used to use “45” or other more colorful terms, depending on my state of sobriety, to describe him.  Jack Daniels in hand, I’ve boldly slurred that he was “not my president.”

But to paraphrase a classic line from one of my favorite movies, he IS in the chair, and we should use the term — the title — to describe him.  Maybe when we start doing that, we’ll realize just what we’ve done.

I have sometimes looked beyond Michael Jackson’s man in the mirror and held others responsible for Trump’s ascendency.  Others like Bernie Sanders’ most ardent supporters, for being unwilling or unable to let go.  Or Joe Biden, for wanting to enjoy an earned break.  Or Hilary Clinton, for…well, for simply being herself.

But In the sober, stark light of day, I realize that we elected Donald Trump. The American people gave Trump the keys.  And to date, we’ve sat by and allowed a bigoted demagog to run our country.

In this writer’s not-so-humble opinion, we all need to stop the madness.  Before it’s too late.

I would call President Trump’s off-the-rails performance at Tuesday’s “press conference” a tragic, pseudo-comedic nightmare if we hadn’t all been wide awake as it unfolded.  While I was watching it, I didn’t know whether to laugh or cry.  I did both before the night was over.

I have to admit that I chuckled at times during Trump’s televised rant.  President Trump exposed himself, once and for all, as a manic, duplicitous racist. Many commentators have been reluctant to call him a racist, but I come from the “call-a-spade-a-spade” school of thought.  (And yes, the pun is very much intended.).

I shuddered — literally — as I listened to President Trump describe neo-Nazis as “very fine people,” and as I learned that former KKK leader David Duke thanked him for doing so.  Unlike past GOP presidents and leaders, including Ronald Reagan, President Trump did not distance himself from the KKK connection.  And as of this writing, he still hasn’t.

I teared up — literally — as I listened to the mother of 32-year-old Heather Heyer, the woman who was murdered in last weekend’s attack, openly mourn the loss of her daughter and hopelessly wish for her return. The contributions that young lady could have made to our society will never be realized.  As a parent of adult daughters, my heart broke for that mom.

At the same time, I was emboldened by the knowledge that Heyer died for a cause that she believed in.  May each of us have the courage to do that.

As I learned of Republicans like Marco Rubio and Paul Ryan denouncing President Trump’s racist words, I wondered when — or if — they’ll begin to walk the walk.  How can they, or anyone, do that?  Let’s start with the 25th Amendment, which outlines how a sitting president may be removed from office.

The day after we elected Donald Trump as the 45th President of the United States of America last November, I hung a portrait of President Barack Obama in my living room.  Just last week, I took that portrait down, telling myself that Trump is in whether I like it or not, and that it’ll only be another three years.

But last evening, as I watched people like CNN commentator Van Jones and host Anderson Cooper tear up as they reported on yesterday’s presidential debacle, I realized that our country can’t afford another three years of an egomaniacal, divisive, racist dictator in the White House.

And let’s not even talk about North Korea.  Or the revolving door of Trump’s cabinet.  Or Russia.

President Trump yesterday spoke of the “very fine people” who were members of the Alt Right movement.  If that’s true, we have another fine person running the country.  As fine as he is, I suggest we as a country evoke the 25th Amendment and get the very fine Donald Trump out of the Oval Office.  Then, we can begin the long road to restoring some level of respect and dignity to the office of the presidency of the United States of America.

This blog was written by Sacramento-based freelancer Michael P Coleman.