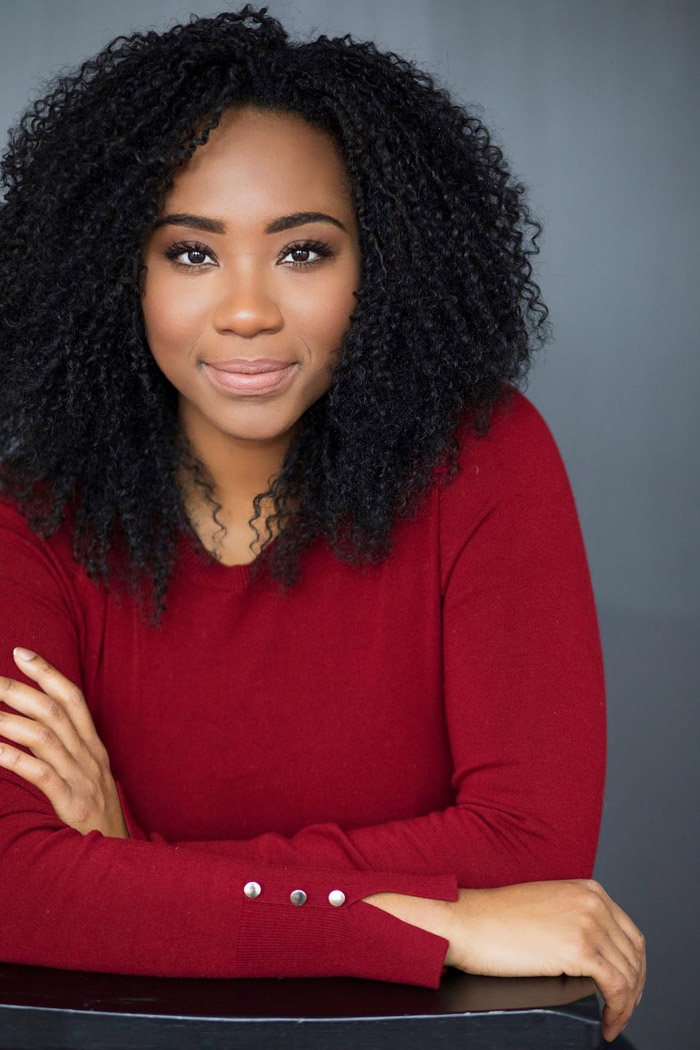 When Universal Pictures released a big budget adaption of Broadway’s Tony Award-winning musical The Wiz in 1978, then 34-year-old superstar Diana Ross took a lot of flack for playing a 24-year-old Dorothy.

Over four decades later, 30 year old musical theatre phenom Adrianna Hicks has no problem playing a 15 year old Dorothy in Broadway At Music Circus’ production of the play, opening Tuesday, August 6 at the Wells Fargo Pavilion in Sacramento and running through August 11.

“Nobody is able to do what those legendary women did,” Hicks EXCLUSIVELY told me, of the challenge of following Ross and Stephanie Mills, who originated the role on Broadway.  “I have to do justice to this wonderful girl’s story.  Dorothy is growing up, and trying to understand what living is about — and trying to figure herself out.”

“So the challenge isn’t filling Ross’ shoes or Mills’ shoes.  It’s doing justice to Dorothy and filling her shoes.”

The Texas native is making her Broadway At Music Circus debut in The Wiz, having conquered Broadway in The Color Purple and stages around the world in shows including Ragtime, Sister Act, Legally Blond, and Dirty Dancing.  Hicks has also shared the stage with Michael Bublé during his Call Me Irresistible Tour.

Maybe it’s that breadth of experience that led Hicks to tell me, just before Saturday’s dress rehearsal and without batting an eye, that she’s not feeling any pressure about her Broadway At Music Circus debut.

“Honestly, I thought it was going to be a lot more stressful,” Hicks confidently said. “Glen [Casale], our director, is such a phenomenal human being, and he was always hopeful, always encouraging.  We never felt the sensation of feeling like we were not able to do what had to be done: we had to get this show up in one week!”

“It was a huge challenge but we’ve done it. And thanks largely to Glen, I didn’t feel the stress or the pressure, other than what’s normal — you know, the simple things about putting a production together.”

The simple things.  I’ve not had a chance to speak with Casale, but something tells me he would confirm that Hicks is a consummate professional.

I guess we’ll all find out Tuesday night.

Hicks is dedicating her performance in The Wiz to her family, friends, and professors who, she says, have supported her during every step of her musical theatre journey.

“I understand what my life would be without them and the impact they’ve had on my life.  I am extremely grateful to have the kind of special support that they’ve given me,” she said.

The star also says Psalm 23 provides her with the foundation on which she stands.

“My dad passed away almost four years ago, now,” Hicks wistfully shared. “Growing up, he would always say the first part of that psalm: ‘The Lord is my shepherd / I shall not want.’ I didn’t understand what he was saying to me, until my final moments with him.”

“As I’ve gotten older, I’ve realized the significance and the weight of that on my life, on so many different levels,” Hicks continued, choking back tears.  “My journey has literally been understanding that I have someone walking with me, and that I have everything that I need.”

Everything like courage.  And heart.  And brains.   And she’s had them all inside of her, all along.

As Hicks and I talked, I got the sense that Sacramento is in for a stunning performance from this young lady and her equally stellar cast mates.

“It’s been so much fun getting to know every single person that I get to share the stage with,” Hicks exuberantly said. “Seeing them come to life in every dance move, in every line, in every note that they sing has been such an exhilarating experience.  And that’s not to mention the magic that happens on this stage!”

Anyone who has seen a Broadway At Music Circus show knows that it’s bewitching to watch that small, in-the-round stage transform over and over again, to accommodate the varied scenes in full-scale productions.  I can’t wait to see it morph from a Kansas farm to that conic Yellow Brick Road.

As The Wiz is my all-time favorite musical, I warned Hicks that I may be dancing in the aisle during “A Brand New Day” or crying uncontrollably during “Be A Lion” or “Home.”  The star assured me that I could experience the production in my own way.

“You just live your life, sweetheart, and go there,” she joyfully laughed.

I’ll take Hicks up on that, and will be easing on down the road to the Wells Fargo Pavilion this week!

Tickets for The Wiz start at $45 and are available by phone at (916) 557-1999, online at BroadwaySacramento.com, on in person at the Wells Fargo Pavilion Box Office, 1419 H Street in Sacramento.