Having grown up in the Midwest, I hadn’t experienced the phenomenon that Farrell’s was a generation ago.  However, I’d heard about the fun atmosphere, large portions, and incredible ice cream the chain is known for.  After Sacramento’s Watt Avenue location opened just over a year ago, I decided to let the crowds die down before checking the place out.  So I waited.

Finally, I gave up waiting for the parking lot to clear out, and ventured in recently to see for myself what the buzz was all about.

Stepping into Farrell’s was like a step back in time.  The eatery’s staff (or “cast members” as they call themselves) was arrayed in uniforms resembling those of vintage ice cream parlors from days gone WAY by.  I marveled at their a full sized sundae bar inside with actual soda jerks working behind it.  The customer service experience was like a thing of the past, too, as my partner and I were greeted at the door with a smile.

Upon being seated, our server asked us whether we were celebrating anything.  It seemed like an odd question, but we figured out the reasoning behind it when the first of several high energy, raucous birthday celebrations was created at an adjacent table.  At each occasion, the entire restaurant erupted in singing, cheers and applause.

Our menus were printed on newsprint.  Our sandwiches (the aloha chicken and the turkey focaccia) came quickly and were delicious and enormous.  Both the waffle and the standard issue french fries were great.  Our server was gracious, knowledgeable of the menu, and attentive.

But make absolutely no mistake about it:  Farrell’s is first-and-foremost an ice cream parlor, and dessert was the star of the show.  Our pineapple shake was prepared with heavenly chunks of fresh pineapple, and spilled over into a tumbler that was also brought to the table.  The enormous Gold Rush sundae (featuring both delicious peanut butter and chocolate cream) almost prompted a tussle at our table about who would get the last spoonful.

Sacramento families cherished memories and savored meals before the company was purchased by the Hilton Corporation in the 1980s.  The folks at Hilton removed a lot of what Farrell’s had become known for, and the chain almost went out of business within a few years.   The former owners bought Farrell’s back, and worked with original founder Bob Farrell to get the restaurant back on track.  In addition to the Sacramento location, there are half a dozen locations in southern California.

According to Farrell’s Event Coordinator Kristi Amerson, our superb dining experience was a complete return to form.

“Parlor Enterprises has gotten Farrell’s back to what it originally was, and that’s what you’re seeing today,” Amerson said.  “We have Bob Farrell’s blessing, and he’s still very much involved in Farrell’s day-to-day operations.  We have seven locations open now, with the other six being in southern California.  A lot of people are telling us that it reminds them of the way Farrell’s was when they were kids.”

I asked Amerson whether additional Farrell’s locations are in Sacramento’s future.

“They’ve talked about it,” she shared.  “I know there are discussions about expanding.”

Server Omani Kirkendall has been with Ferrell’s since the Watt Avenue location opened.  She said she likes working there primarily because of the restaurant’s fun atmosphere.

I’ll tell you what I’ll be doing:  I’ll be heading back to Farrell’s.  Soon.

Michael P. Coleman is a Sacramento-based freelance writer.  Connect with him at michaelpcoleman.com, via email at mikelsmindseye@me.com, or via Twitter:  @ColemanMichaelP. 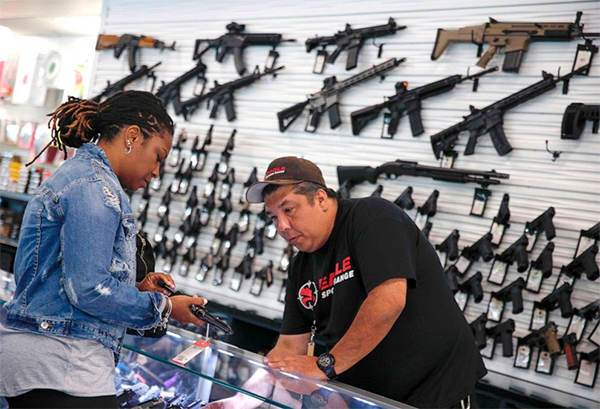