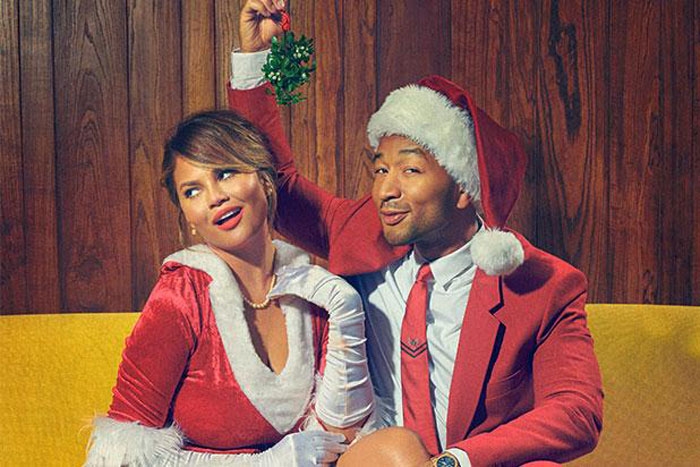 I’d planned to tell you about John Legend’s new Christmas album yesterday.  Instead, I spent the evening waiting for another legend, the incomparable Miss Diana Ross, to perform during Christmas At Rockefeller Center on NBC.

(Be patient, I’ll get to Legend. I just can’t get over my girl Ross!) 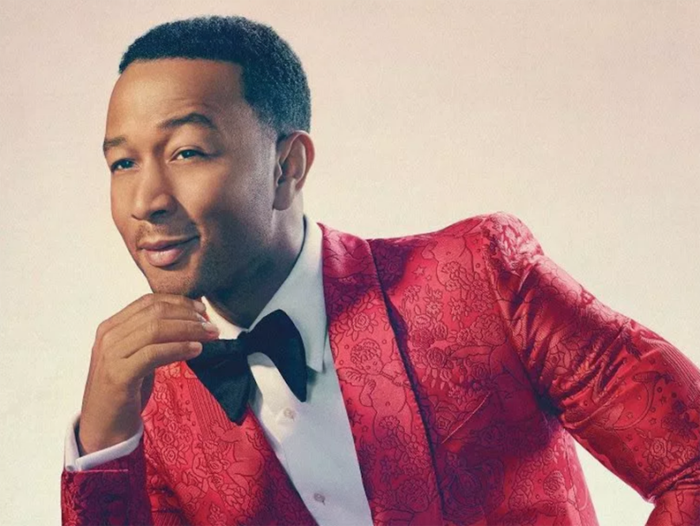 I’d listened to John Legend’s new holiday album, A Legendary Christmas, earlier in the day, and I’d struggled to tell you that I was underwhelmed.

As Ross is wont to do, she performed the finale last night, and as Christmas At Rockefeller Center was the lead-in to Legend’s own Christmas special, I stuck around.  I sipped my egg nog judgmentally through tightly pursed lips, knowing in my two-sizes-too-small heart that John Legend could not possibly live up to the magic that is Diana Ross.

Legend tossed me a snow curve ball.  His A Legendary Christmas special was GREAT, a funny, nostalgic throw-back to 90s TV.

The special’s opening favored that of Full House, and its finale, with Legend and wife Chrissy Teigen dancing off-set a la Cliff and Clair Huxtable, was a toe-tapping holiday joy.  The entire special was reminiscent of times gone by, including a funny segment in which Legend and company surprised a few suburban households with Christmas carols at their front door!

And what a “company” it was!  Teigen’s and Legend’s families stopped by — where else would they have gone for the holidays? — along with surprise guests like Kenan Thompson, Darren Criss, and Stevie Wonder.  A Legendary Christmas was stuffed with jokes and puns — both good and bad! — and a variety of engaging musical numbers that recalled vintage TV variety shows.

After seeing the special, I revisited the A Legendary Christmas album, and I loved it!  As a soundtrack to the TV special, it strikes all of the right notes.  The album features fun, throw back versions of classics like “Silver Bells,” Stevie Wonder’s “What Christmas Means To Me,” Marvin Gaye’s “Purple Snowflakes,” Aaron Neville’s “Please Come Home For Christmas,” and a handful of originals that, like the artist, harken back to a musical time that’s sorely missed.  “By Christmas Eve,” “Bring Me Love,” “No Place Like Home,” and “Waiting For Christmas” are standouts, and will be played annually in this writer’s household.

The album’s only sustained curiosity is a medley that combines “Merry Christmas Baby” with “Give Love On Christmas Day.”  To truly embrace it, one most rethink the “love” that the latter song purports.  Oh, well.  I ain’t hating John.  In fact, I hope someone gives ME some “love” on Christmas Day!

I’d been wondering who was going to step in for Michael Bublé with an old-school Christmas TV special.  If last night’s A Legendary Christmas is any indication, John & Chrissy have that locked up. I’ve already emailed NBC and requested a rebroadcast closer to Christmas!

Email MPC at michaelpcoleman.com or follow him on Twitter (@ColemanMichaelP) and let him know if you watched the TV special, and what you think of John Legend’s A Legendary Christmas album.  It’s available at all major digital outlets and retail.  Target’s edition includes two bonus tracks.