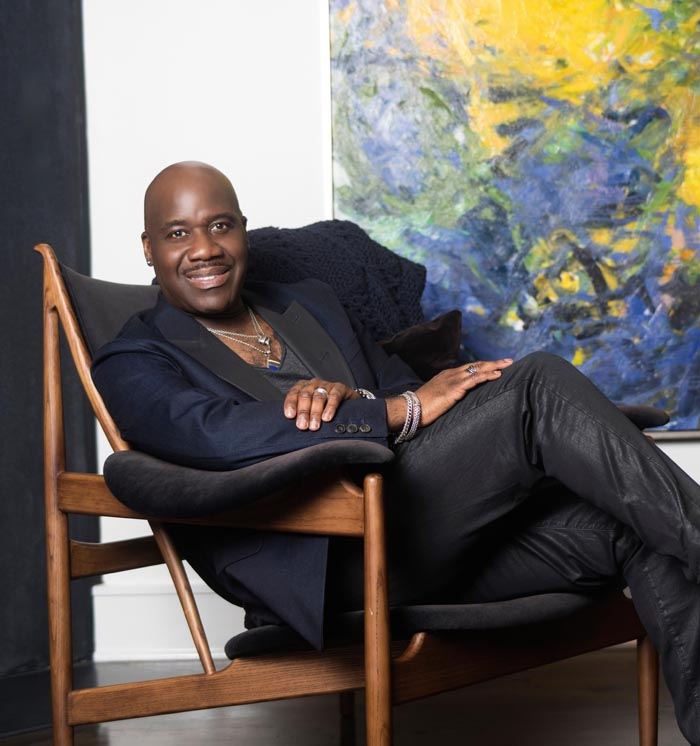 I grew up hearing that you never really know what another person is going through.  Those words rang true as I began a conversation recently with R & B / jazz phenomenon Will Downing, as he prepared to release his first gospel album, The Promise.

The new project fulfills a pledge Downing made to God over a decade ago.  The singer was battling polymyositis, a condition that had left him partially paralyzed and literally fighting for his life.

During our EXCLUSIVE interview, Downing detailed the challenges he has overcome and his hopes for his stirring new album.

But we had to start with that illness.  I could barely pronounce it, let alone know what it was!

“I didn’t know what it was either until I got it,” Downing said with a laugh that was refreshing, given the road he has travelled to get back into the recording studio and on stage.  “It’s an auto immune disease that causes your cells to attack each other.  In my case, it attacked my muscles, and it took me down for a year and a half.”

“I couldn’t do a lot of basic things,” Downing continued. “Getting up from a chair was a problem. Walking more than a block was a huge problem. Putting on a belt — stuff like that.” 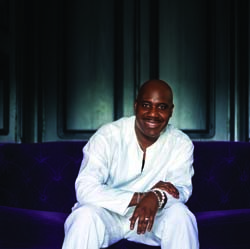 “Finally, I was driving with my wife and daughter, and it had gotten so bad that I couldn’t turn the steering wheel of the car.  I had to relearn everything — how to walk, talk, sing, everything.  It wasn’t fun, that’s all I can tell you!”

With the worst of his illness behind him, Downing has taken up his bed and is walking with The Promise.  The album’s ten tracks are as riveting as anything the legend has recorded. But on this new album, Downing really kicks it up a notch. There’s an emotional resonance to every track that wondrously exceeds what he’s recorded before.

And Downing has achieved that feat without compromising his artistic identity.  He still sounds like the singer the world came to love almost 30 years ago, but the love about which he’s singing on The Promise is one that surpasses all understanding.

“Basically, when I was down, it was all about negotiation,” Downing said.  “I told God if He healed me from this thing, He would never have to worry about me acting up again!  So that was the promise of this album — I’m making good on my word.”

I had to ask Downing whether a gospel message was new to his lips.

“I grew up in church, but we didn’t go every day,” Downing recalled.  “In my household, on Sunday, my brother and sisters and I had to go to Sunday school.  There was no negotiating that!  But I never sung in the choir. I was never an active member of the church.”

“Mainly, what I’m singing about is reality based,” the legend continued.  “I’m not going to be an R & B / contemporary jazz vocalist one minute, and then the next minute be [gospel star] Marvin Sapp.  I did gospel in my way. Musically, you could put this record on with any other record that I’ve ever recorded, and it’s just the message that’s different.”

The Promise’s lead single, “Look Yourself (In The Mirror), is an energetic tune with a lyric that’s reminiscent of Michael Jackson’s classic “Man In The Mirror.”  And the album’s closer, a duet with Regina Belle called “Changed,” perfectly sums up Downing’s spiritual and artistic evolution.

“Regina and I go way back, probably to the late 80s or early 90s,” Downing nostalgically said. “We’ve toured together extensively over the years, and we’re very good friends. We have the same type of testimony, and have had the same type of past, with her having been a straight up jazz / R & B artist. It’s perfect symmetry.”

“God Is So Amazing” is another of The Promise’s standouts.  Downing confessed that it was his favorite, and said that song’s inclusion on the new album was especially meaningful.

“I first recorded that song back in 2007, when I was sick. It came out on an album called After Tonight,” Downing recalled.  “I recorded it in a hospital bed and a wheelchair. And it sounds like it — I did the best I could with what I had, but I was definitely not myself.”

“I wanted to remake that song in 2018, and show what God has done for me and how good He is,” Downing continued.  “I can appreciate both versions, but they’re almost like before and after pictures. I wanted to tell people how amazing God is, and show people what His grace looks like.”

Downing promised that he will be incorporating songs from The Promise into his live shows, and he shared that he hoped to add a Sacramento date to his 2019 concert schedule.  As Downing has already testified about the power of prayer, let’s start praying that that comes to fruition soon!

The Promise is available at all major digital outlets.  Connect with Will Downing at willdowning.com