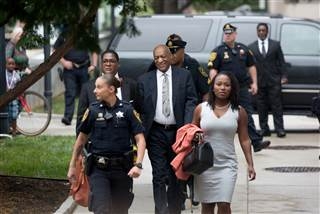 Bill Cosby’s sexual assault trial ended Saturday with a jury that was deadlocked on all counts, punctuating an epic scandal with a giant question mark.

After more than 50 hours of deliberation over six days, the jury of seven men and five women was unable to reach a verdict, and Montgomery County Judge Steven O’Neill declared a mistrial. But the case against the legendary comedian isn’t over after prosecutors said they would retry him and that he remains charged with three counts of aggravated indecent assault.

For the complete story, visit NBCNews.com/BreakingNews.