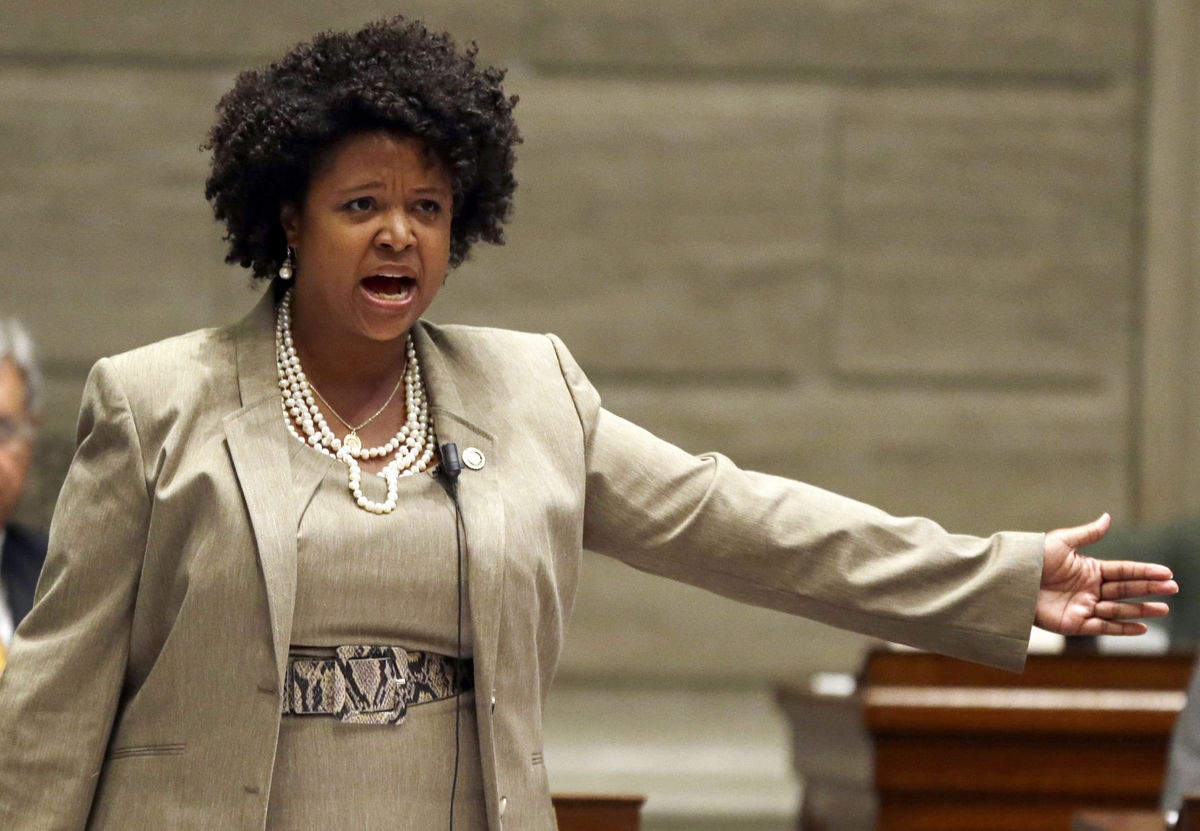 A Democratic Missouri state senator from University City posted, then quickly deleted, a comment on Facebook saying she hoped President Donald Trump would be assassinated.

Sen. Maria Chappelle-Nadal told The Kansas City Star she posted the comment out of frustration with the “trauma and despair” the president is causing with his statements about the events in Charlottesville, Va.

“The way I responded this morning was wrong,” she told The Star. “I’m frustrated. Did I mean the statement? No. Am I frustrated? Absolutely. The president is causing damage. He’s causing hate.”

Chappelle-Nadal posted the comment on her personal Facebook page, which is not open to the public.
Read more here: http://www.sacbee.com/news/politics-government/article167762342.html#storylink=cpy