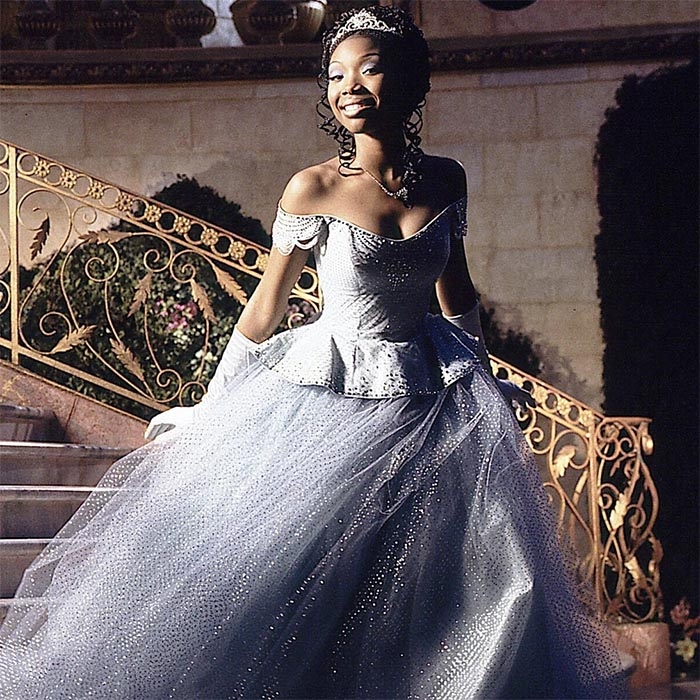 For those of us “of a certain age,” November 2, 1997’s episode of ABC’s The Wonderful World of Disney decades ago was mind boggling.

If you’ve not seen it, and no disrespect to Leslie Ann Warren, but that earlier, 1965 version of Cinderella was snow white. And the 1950 Disney animated classic didn’t have any black or brown folks in it, either. Brandy’s version has been out of print, and off of streaming platforms, for years.

Finally, the definitive, multicultural version of Cinderella is coming to Disney Plus Friday, February 12.

Can you guess what time it’s showing up? “At the stroke of minute,” according to a teaser sent to media.

In this production, R & B star Brandy convincing plays the title role, and in doing so became Disney’s first African American princess. Brandy made dreams possible for a whole new group of black girls who’d not seen themselves in the fairy tales of our childhoods. Those girls would grow into women who would help elect President Barack Obama and, later, Joe Biden & Kamala Harris.

That’s not a stretch. My eldest daughter recently told me that she’s never forgotten that November, 1997 night, when she was just 10 years old. It was a lovely night, indeed.

Brandy’s never forgotten it, either.

“I’m so excited that Cinderella has a home now at Disney Plus,” Brandy said, “and we can celebrate, and share, and inspire a whole new generation.”

Read freelance writer MPC’s full feature, and hear more from the folks behind the scenes of the magical 1997 musical with Brandy and Whitney Houston.  And don’t forget the production’s premiere on Disney Plus, Feb 12th at Midnight!

Michael P Coleman is a freelance writer who, as a kid, talked to strangers and got punished. Today, he talks to strangers and gets published. He has his eyes on the Pulitzer Prize! Follow his blog, his IG and his Twitter.