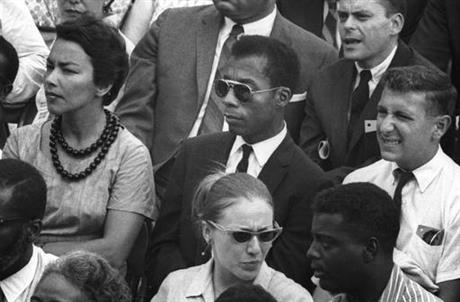 One of the surest ways to see the power and relevance of James Baldwin’s words today would be to look at some of the signs of recent protesters. “If I love you I must make you conscious of things you do not see,” read one. “The only way to be really despicable is to be contemptuous of other people’s pain,” read another.

Or you could see Raoul Peck’s urgent and clarion documentary “I Am Not Your Negro.” It resurrects Baldwin’s words — his eloquent poetry of injustice — with the same fire with which they were blazed. Peck’s film, which is nominated for best documentary at the Academy Awards, bears no talking heads. There’s no analysis of Baldwin’s influence in literature or interpretation of his politics. But there is his voice: clear, direct and piercingly prescient.

“I wanted the confrontation to be direct from his words, himself to the audience,” Peck, who shares his screenwriting credit with Baldwin, said in a recent interview. “I was the messenger.”

For the complete story, visit BigStory.AP.0rg