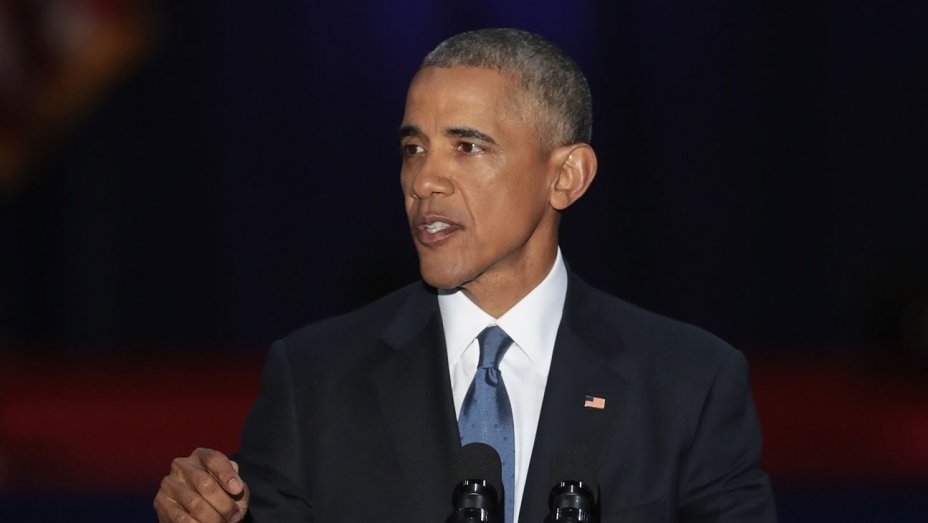 President Barack Obama delivered his farewell speech to the nation in Chicago Tuesday night, and it’s safe to say that the nation — or at least more than half of it — was made verklempt. Powerful, thoughtful and, despite everything that’s happened in recent months, inspiring, it was a valedictory address that made the quixotic chant of “Four more years!” that resounded throughout the arena at one point easily understandable.

The president has been a study in grace since the election, especially as contrasted to you-know-who, who despite his victory has mostly concentrated on spewing endless Twitter rants against enemies both real and imagined. Obama’s speech was a potent reminder of the eloquent oratory of which we’ll be deprived in the coming years, as opposed to the grade-school-level rhetoric and school-yard taunts that will soon (shudder) be emanating from the Oval Office.

From the beginning, it was easy to tell that this wasn’t a Donald Trump rally, since the crowd actually included people of color, and nobody was wearing silly hats. Upon coming onto the stage, Obama received such a rapturous reception that he had to chide the audience to sit down.

For the complete story, visit TheHollywoodReporter.com/News.