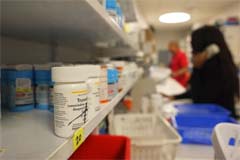 Truvada, the once-a-day pill to help keep people from contracting H.I.V., is on the cover of this week’s New York magazine, and Tim Murphy’s cover story focuses on how the pill is changing sex by drastically reducing gay men’s fear of infection.

It’s not hard to see why: Mr. Murphy writes, “When taken every day, it’s been shown in a major study to be up to 99 percent effective.” This is a claim I hear thrown around a lot among gay men in New York. And it’s wrong. The 99 percent figure isn’t a study finding; it’s a statistical estimate, based on a number of assumptions that are reasonable, but debatable.

Read the complete article at The New York Times.