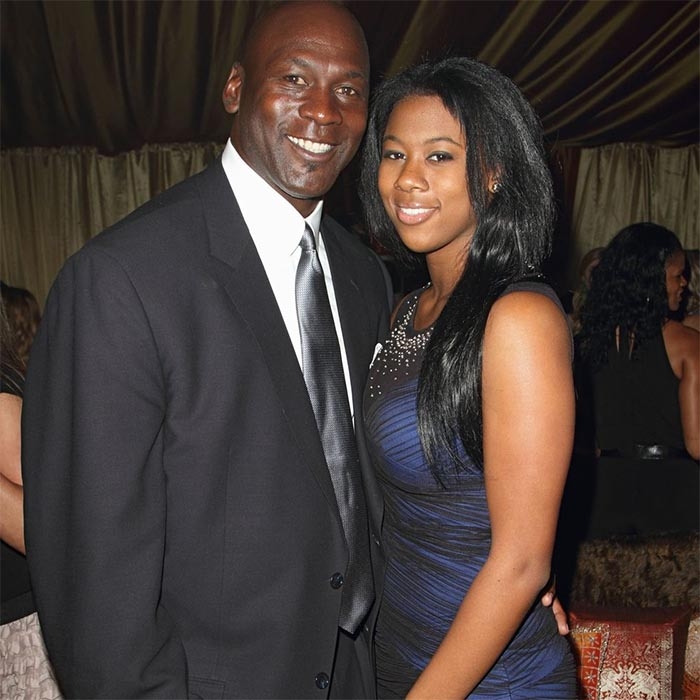 Photo by Alexander Tamargo / Getting Images

Michael Jordan has shocked fans with his unprecedented candor in ESPN’s breakout documentary The Last Dance. The 10-part series—which airs its finale this Sunday—chronicles the 1997-98 season of the basketball legend and his team the Chicago Bulls.

The show has offered unprecedented access to the famously private Jordan, who doesn’t even have a public social media account. (A near unthinkable fact for a sports icon today). But on our screens in recent weeks, we’ve seen him tear-up while discussing both the tragic murder of his father James Raymond Jordan Sr.—which led to the athlete’s first of three retirements in 1993—and the tough love he was known to show towards his teammates, like Scottie Pippen and Dennis Rodman.

But one subject he’s still kept relatively hush about are his five children. He shares three with his first wife, Juanita Vanoy: Jeffrey Michael, 31, Marcus, 29, and Jasmine, 27. He has twin girls Ysabel and Victoria, 6, with current wife Yvette Prieto.

But his daughter Jasmine Jordan is tuning in with the other 5.8 million weekly viewers every Sunday to watch her dad talk about his storied career. Jasmine, who revealed she Googled her dad when he was a child to figure out why “he was kind of a big deal,” has found her own success. She’s an executive at Nike Jordan Brand, working with athletes from the Charlotte Hornets (a team owned by her father). Jasmine is also engaged to professional basketball player Rakeem Christmas, with the two welcoming son Rakeem Michael Christmas last May.

OprahMag.com spoke with Jasmine about her feelings on The Last Dance, motherhood, and what she wants people to know about her father Michael Jordan.

For the full story, visit OprahMag.com/Entertainment/TV-Movies.