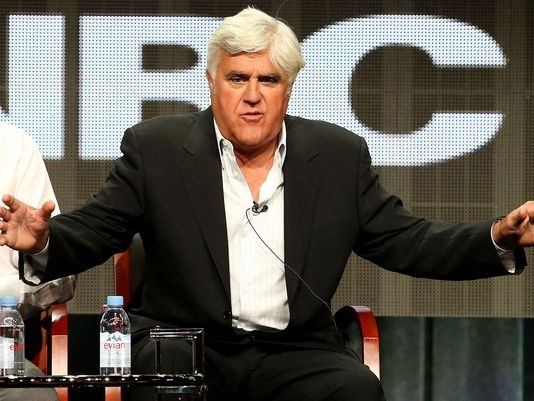 As usual, it’s the media’s fault.

After joke-mocking Donald Trump for his shenanigans, Jay Leno borrowed one of the bumptious billionaire’s favorite tactics: Blame the media.

Leno, appearing Thursday at the Television Critics Association confab in Beverly Hills to promote his new CNBC show, Jay Leno’s Garage, made fun of Trump, the GOP presidential frontrunner of the moment, and rival Jeb Bush, comparing them to “the tortoise and the bad hair.”

But afterwards, he fielded reporters’ questions about fellow comedian Cosby, the former TV titan now felled by accusations that he drugged and sexually assaulted nearly 50 women in episodes dating back decades. Cosby has denied the allegations and has not been charged with a crime.

For the complete story, visit USAToday.ocm/Story/Life.