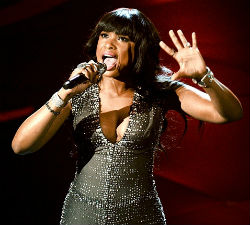 Jennifer Hudson was recently honored by the Recording Academy with a Recording Artist Coalition Award for her charity work, according to an article on Billboard.com.

Hudson reportedy received the award during the Grammy on the Hill Awards on April 17, which connect the music industry with policies and politics in Washington. She was honored for her philanthropic work, as well as her work with the Grammy Foundation.

Additionally, the Library of Congress was reportedly given a special Grammy Award for the work it has done to preserve historic recordings.