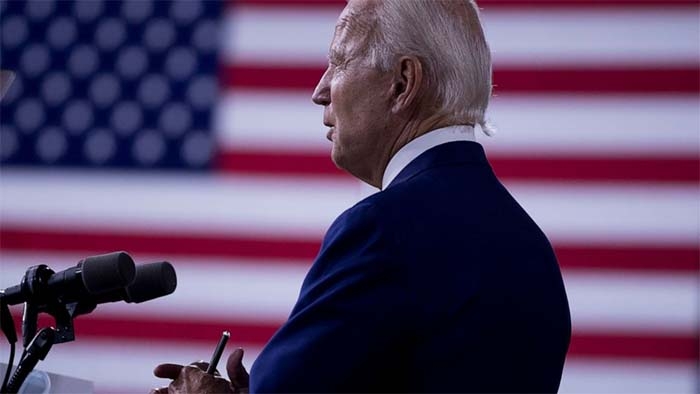 Joe Biden’s Democratic presidential campaign has launched a new national ad focused on Black Americans, urging them to stand up to President Donald Trump the way their ancestors stood up to “violent racists of a generation ago.”

The one-minute ad, which was shared exclusively with The Associated Press before its digital and television release on Thursday, is meant to drum up support among Black Americans, a key constituency for Biden, ahead of November’s general election. The ad, titled “Better America,” also takes a direct swipe at Trump, without mentioning the Republican president by name.

“We must choose to fight for that better America,” the narrator states. “And just like our ancestors who stood up to the violent racists of a generation ago, we will stand up to this president and say, ‘No more,’ because America is better than him. So we choose to be bigger. We choose to be bolder. We choose to bring back justice, respect and dignity to this country. We choose Joe Biden to lead us all towards that American promise together.”

The ad is part of the Biden campaign’s planned $280 million digital and television ad buy that was announced Wednesday and will run through the fall.

For the full story, visit ABCNews.go.com/Entertainment.