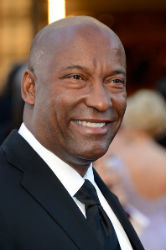 John Singleton and Russell Simmons are reportedly teaming up to develop a new drama for HBO, according to an article on EURWeb.com.

According to the article, the new series, “Club Life: Miami” will be written and executive produced by Singleton, while Simmons will also be an executive producer. The show is reportedly about the South Beach club scene and a reformed criminal who moves there to start a fresh life.