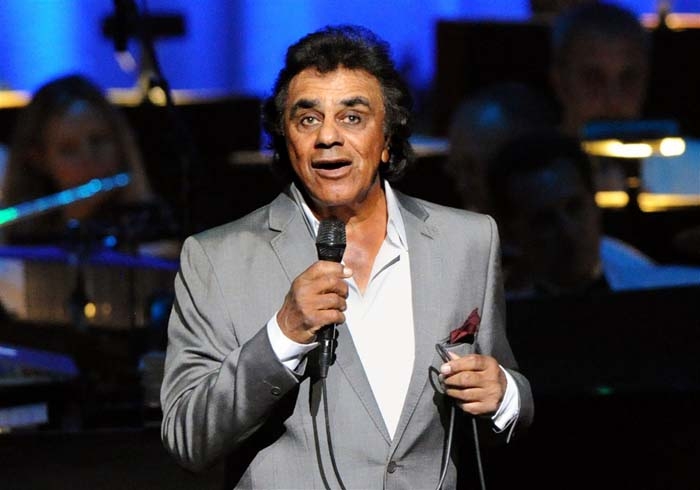 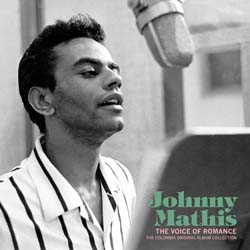 The legendary Johnny Mathis’ music has been the quickest path from first to second base for more than six decades.  If you’re coming to Mathis’ February 15th concert in Santa Rosa with a loved one, plan to book a room for the night.

At 82 years old, Mathis has lost none of his stage presence, vocal control, or that boyish charm that made him an instant international sensation.  And those hits…”Misty,” “The 12th Of Never,” “Wonderful, Wonderful,” “It’s Not For Me To Say”…the word “incomparable” is an understatement.

As always, the veteran performer is planning a show that won’t be soon forgotten, singing many of the romantic songs for which he’s been known for decades.  And as it turns out, singing love songs is in Mathis’ blood.

“Over the years, people have connected me with love songs,” Mathis shared by phone from his home.  “It’s very nice, because my dad was a romantic singer, and he was my big vocal hero. That’s all I heard: my dad singing these lovely songs from his childhood that he’d learned at an early age.  I started singing because he sang, and he was right there with me, encouraging me.”

If you can’t make the concert in Santa Rosa and you want the second-best Valentine’s Day gift for your honey, Mathis has just released The Voice Of Romance: The Columbia Original Album Collection.  The limited edition, gorgeously packaged box includes all 67 of Mathis’ albums with the label, from his 1956 eponymous debut through last year’s exceptional, Babyface-produced Johnny Mathis Sings The Great New American Songbook.

Some of the albums include previously unreleased tracks, and 25 of them had never been available on CD.  The Voice Of Romance also includes complete liner notes for each album along with rare photos and a numbered certificate that’s hand autographed by Mathis. 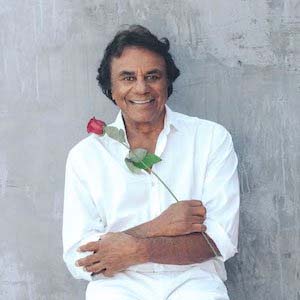 Perhaps the box set’s biggest surprise is the overall quality of the collection.  You’d think that, having recorded 67 albums over the course of almost as many years, Mathis would have served up at least one stinker — if only to let us (and his contemporaries) know that he’s as human as the rest of us.  We all know the hits, but the album cuts are equally breathtaking, leaving one wondering how promoters at Columbia settled on which singles they were going to promote.  Plan to devote quite a lot of time to this collection: these albums are bonafide masterpieces.

Mathis said that this collection includes all of the songs he dreamed of singing when he was young.

“Most of the things that I was able to do was because I had quite a bit of success with my early recordings,” Mathis reflected.  “The execs in the record business were OK with my choices.  A lot of my friends who were so talented and so wonderful in their work weren’t able to have the public hear it, but most of the stuff I ever wanted to do, from the time I was a little kid growing up in San Francisco, I’ve been fortunate to be able to put them into recordings.”

While a lot’s been made of the ultra-rare, never-released Nile Rodgers & Bernard Edwards-produced 1981 album, I Love My Lady, being included in the box set, most of the 20 gorgeous albums that Mathis released during the 1970s simply cannot be ignored.  Bookended by projects produced by the late Jack Gold, these gems include forays into everything from country to disco — but all done with that classic Mathis touch.

The legend remembers his work with Gold fondly, as the producer had overcome many hurdles before making it to Mathis.

“My time with Jack Gold was the most enjoyable in my life,” Mathis remembered.  “Jack had a terrible physical problem that he was born with. Mentally, he was fine, but he had all of these extraordinary things to overcome physically.”

“Jack could not talk without medication, and we had moments in our relationship when I had to go away and wait for his medication to take effect.  So I had an affection for Jack right from the beginning because he was working and putting up with all of these handicaps, and yet he was doing extraordinary things.  My time with Jack [taught me that] no matter how hard you work, somebody else is working just as hard or harder.  That was a great lesson for me, not just influencing my music but having a profound influence on my life.  Jack and I did some wonderful things together.” 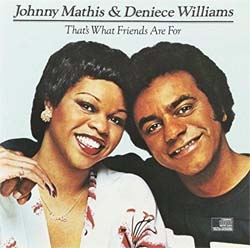 One of those “wonderful” Mathis / Gold projects is the duet album with another brilliant interpretive stylist, Deniece Williams, 1978’s That’s What Friends Are For and the smash “Too Much, Too Little, Too Late.”

Mathis says he couldn’t have picked a better duet partner.

“There’s a photo of Deniece and me in the booklet with the box set, and we are so happy together.  That is exactly the way I felt when I first met her,” Mathis warmly remembered.  “We’re standing there together with our gold records and saying ‘Hot damn! We made it!’  She had just finished working with Stevie Wonder and she was giving me all of her wonderfulness, and to have that voice and to have the control she had over that voice!  It was one of the most enjoyable times of my life — and it’s still enjoyable because I talk to her quite a lot.  I treasure her friendship. We’re the best of pals.”

Other highlights from Mathis’ 70s albums include his two projects with Thom Bell, architect of the Philly Soul sound, 1973’s I’m Coming Home and 1977’s Mathis Is.  The projects include sterling original material, and Mathis’ version of songs like “Betcha By Golly Wow” and “I’m Stone In Love With You.”

Mathis said Bell had a different approach to producing him than what he’d grown used to.

“Thom Bell is one of my favorite people in the world,” Mathis said.  “He is so good at what he does, and he doesn’t step outside of that.  Vocally, he just liked the sound of my voice, and he didn’t want me to go all over the place with it.  He just wanted me to keep it nice and conversational — he wanted me to almost talk the music.  I didn’t have to sing high, I didn’t have to sing loud…I just love the stuff I did with Thom.”

Coincidentally, the last of Mathis’ 70s albums is entitled Mathis Magic.  Where’s the coincidence?  That could be a descriptor for his new box set, and for his entire career, as I think about it.  It’s also precisely what a relatively small subset of his millions of fans will get to experience February 15 in Santa Rosa.  I hope to see you there!

Click here for information on Johnny Mathis, including his February 15 show in Santa Rosa.