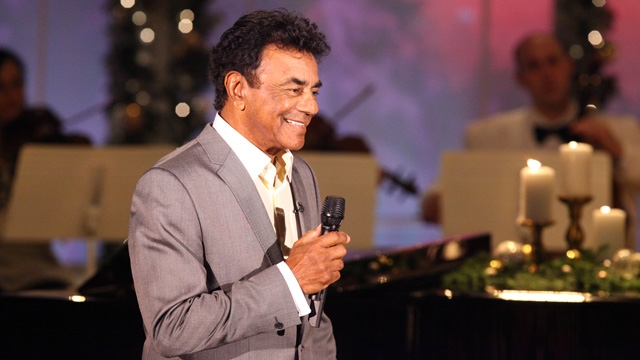 While out Christmas shopping recently, I paused at a hauntingly beautiful track by the incomparable Johnny Mathis.  It’s called “Count Your Blessings (Instead Of Sheep)” and it’s featured on Mathis’ latest Christmas collection, 2013’s Grammy-nominated Sending You A Little Christmas album. 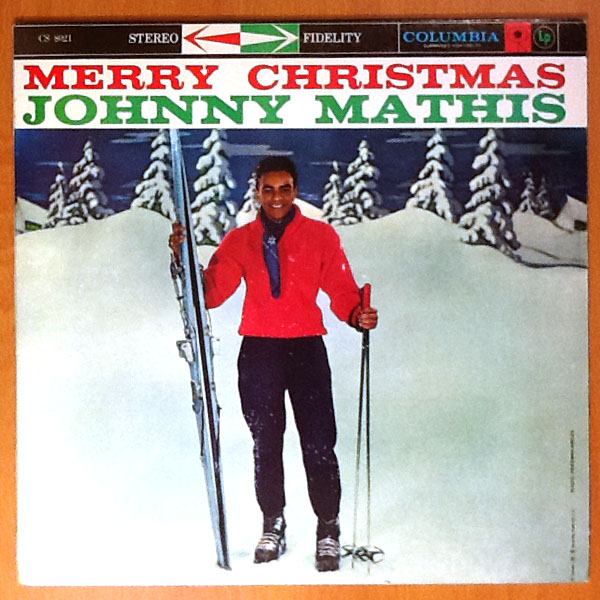 Mathis is one of few artists who has recorded so many Christmas albums over the years, beginning with the classic Merry Christmas in 1958, that you can use the word “latest” to differentiate between them!

Chances are you’ve played — or at least heard — something from Mathis this holiday season.  His vast Christmas collection is the soundtrack of, literally, generations of music lovers. As the gorgeous track faded, I wondered what Mathis himself enjoys listening to at Christmastime.

So I decided to do what any intrepid, foolhardy journalist would do:  I called Mathis up and asked whether he’s been singing along to Nat “King” Cole’s “The Christmas Song” every year with the rest of us!

“My preferences are all over the charts,” Mathis shared of his Christmas music tastes, seeming genuinely surprised by the question.  “I listen to EVERYBODY!  Nat “King” Cole is my favorite singer, and one of my favorite heroes in the music profession.  He was not only a great singer, but most people don’t realize that he was one of the greatest piano players in the world!  He also was one of the most wonderful, kind people to me.”

“I met him at an early age,” Mathis continued.  “He came to see me sing once at the Coconut Grove in Hollywood.  My eyes bugged out — I can’t remember whether I sang well or not!  He came backstage after the show and put his arm around me and said something to me about liking the concert or something — I can’t remember exactly what he said because I was in awe of this man that I had listened to from the time I was a little kid.”

While I had Mathis’ ear, I decided to ask him about the experience of recording his own Christmas classics over the decades, and why he has been so drawn to the genre. 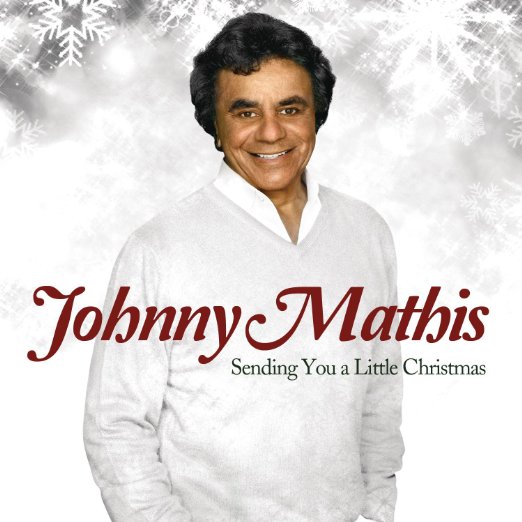 “The greatest accomplishments I think I’ve ever had were making those Christmas albums because I LOVED nothing more than having my parents listen to my music and be pleased with it,”  Mathis reflected.  “I grew up in a very small household all kind of bunched together in very small living quarters.  When I started vocalizing, practicing lessons from my voice teacher in these very small quarters, my mom and dad got tired of hearing that stuff!  So all of my growing up, I recall practicing in front of my parents or in the next room and being perhaps a little too loud,”  Mathis laughed.

I don’t know about you, but I simply cannot imagine getting tired of hearing Johnny Mathis sing!

“Christmas music was some of my parents’ favorite music,” Mathis joyfully continued, “and FINALLY getting the reward of recording a Christmas album, and then having those recordings become so popular, that was the most pleasing thing that I could have ever done.  If you can imagine having a parent have people come to them and say ’It’s not Christmas without your son singing a Christmas song!’ — they were over the moon about it!  So that pleases me so much that I’m a part of people’s listening at Christmas time.”

And Mr. Mathis, it pleases us so much to have had your music to enjoy during so many Yuletide seasons.  Thank you, and Merry Christmas.

Johnny Mathis’ entire Christmas collection is available at iTunes.com and all digital outlets.

Michael P Coleman is a freelance writer who keeps Mathis’ “We Need A Little Christmas” on his playlist — and tries very hard to keep Christmas in his heart — all year.  Connect with him at michaelpcoleman.com or on Twitter:  @ColemanMichaelP.