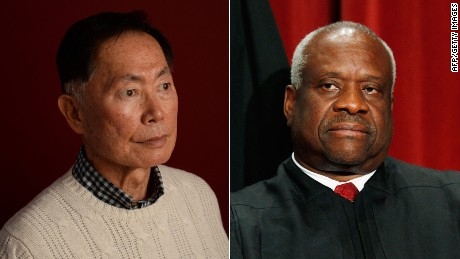 George Takei likely went where no critic of a Supreme Court justice has gone before.

But days after the “Star Trek” actor called Justice Clarence Thomas a “clown in blackface” following his dissent in last week’s landmark same-sex marriage ruling, Takei said on Friday that his words “were not carefully considered.”

“When asked by a reporter about the opinion, I was still seething, and I referred to him as a ‘clown in blackface’ to suggest that he had abdicated and abandoned his heritage,” Takei said in a Facebook post. “This was not intended to be racist, but rather to evoke a history of racism in the theatrical arts. While I continue to disagree with Justice Thomas, the words I chose, said in the heat of anger, were not carefully considered.”