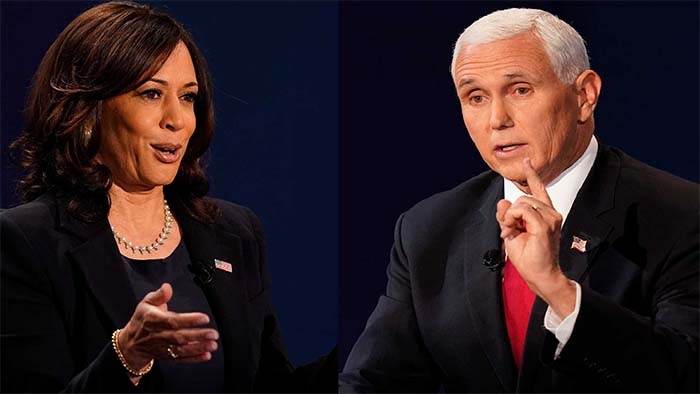 During the first and only vice presidential debate Wednesday evening, Vice President Mike Pence and Sen. Kamala Harris were asked if Breonna Taylor has received justice.

“I don’t believe so,” Harris answered first, adding that she’s spoken with Taylor’s mother and family.

“Her life was taken unjustifiably and tragically and violently,” she said.

When USA TODAY Washington Bureau Chief Susan Page, who moderated the debate, posed the same question to Pence, he began by saying his heart breaks for an innocent life lost and gave his sympathies to Taylor’s family.

“But, I trust our justice system, a grand jury that reviews the evidence,” he continued, “and it really is remarkable as a former prosecutor, you would assume that an impaneled grand jury looking at all the evidence got it wrong.”