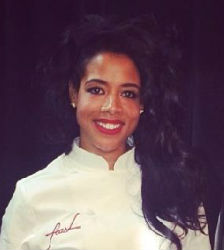 Grammy Award-nominated singer Kelis has reportedly taken her talents into the kitchen for the development of a new line of cooking sauce, according to an article on EURWeb.com.

According to the article, Kelis’ line of cooking sauces is called “Feast.” Although she is mainly known for her music, Kelis is reportedly a graduate of the Le Cordon Bleu culinary school.