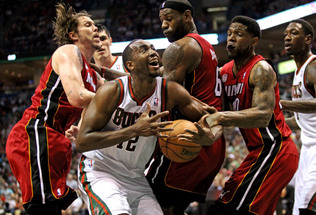 The Sacramento Kings have recently added two new players to their roster and named the franchise’s new president.

According to an article on SacBee.com, the Kings recently agreed to acquire Luc Mbah a Moute from the Milwaukee Bucks, giving the bucks two second round picks in 2016 and 2018.

SacBee.com also reported the Kings recently added Greivis Vasquez from New Orleans to their team, as part of a three-team trade with New Orleans and Portland.

And the Sacramento Business Journal reported yesterday the Kings have hired Chris Granger, an executive vice president for the NBA, as its president. Granger will reportedly leave the NBA as of August 1 to work for the Kings.