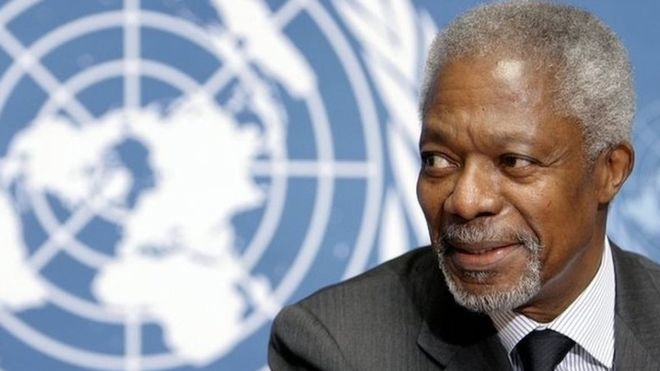 Kofi Annan, the only black African to become UN secretary-general, has died.

The 80-year-old “passed away peacefully on Saturday after a short illness”, the foundation named after him said.

His home country, Ghana, has declared a week of national mourning. Annan served two terms as UN chief from 1997 to 2006, and was awarded a Nobel Peace Prize for his humanitarian work.

He later served as the UN special envoy for Syria, leading efforts to find a solution to the conflict.

For the full story, visit BBC.co.uk/News.