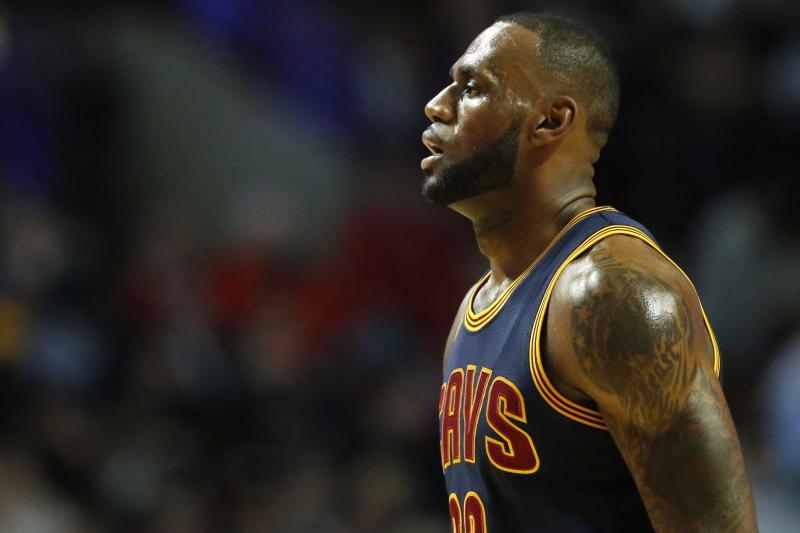 LeBron James’ ascent up the NBA’s scoring list continued Thursday, as he passed Shaquille O’Neal for seventh all-time in the fourth quarter of the Cleveland Cavaliers’ 99-93 loss to the Chicago Bulls.

James, 32, hit the first of three free-throw attempts with 4:28 remaining in the fourth quarter to pass O’Neal. He entered the game 24 points away from eclipsing the center and finished with 26 points, giving him 28,599 for his career.

For the complete story, visit BleacherReport.com/Basketball.