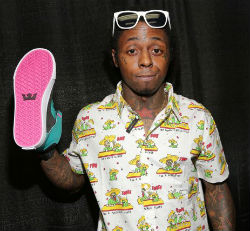 Rapper Lil Wayne and PepsiCo have reportedly parted ways due to the controversy surrounding lyrics mentioning civil rights martyr Emmett Till in a recent Wayne song, according to an article on MTV.com.

According to the article, the beverage company’s office statement says Wayne’s “offense reference to a revered civil rights icon does not reflect the values of our brand.”

In other Wayne news, the rapper has recently launched a new footwear company, SPECTRE, a collaboration with SUPRA, according to an article on HipHopWired.com.

The new company is reportedly in line with Wayne’s advocation for skateboarding.