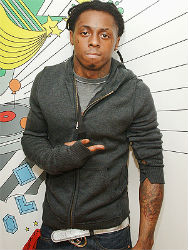 Rapper Lil Wayne has recently revealed he suffers from epilepsy, according to an article on MTV.com.

This news follows Wayne’s recent hospital stays from seizures. According to the article, Wayne says he is prone to seizures and they were brought on by “plain stress, no rest and overworking” himself.