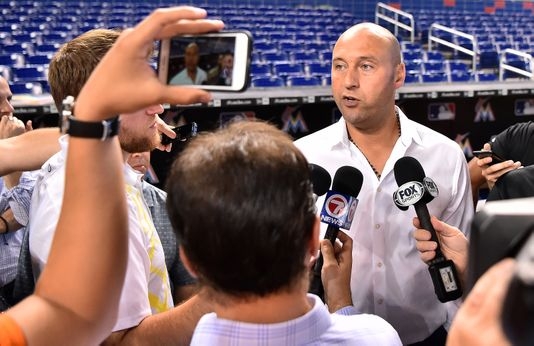 Although his tenure as the Miami Marlins part-owner and general manager got off to a rocky start with the trades of several veteran players, Derek Jeter is starting to put his stamp on the team in more subtle ways.

As part of a lengthy profile on the five-time World Series champion shortstop’s transition to the front office, ESPN reports Jeter has installed an education program in the minor leagues that in addition to offering English lessons for Latin American players, also requires English-speaking players and coaches to learn Spanish.

For the full story, visit USAToday.com/Sports/MLB.